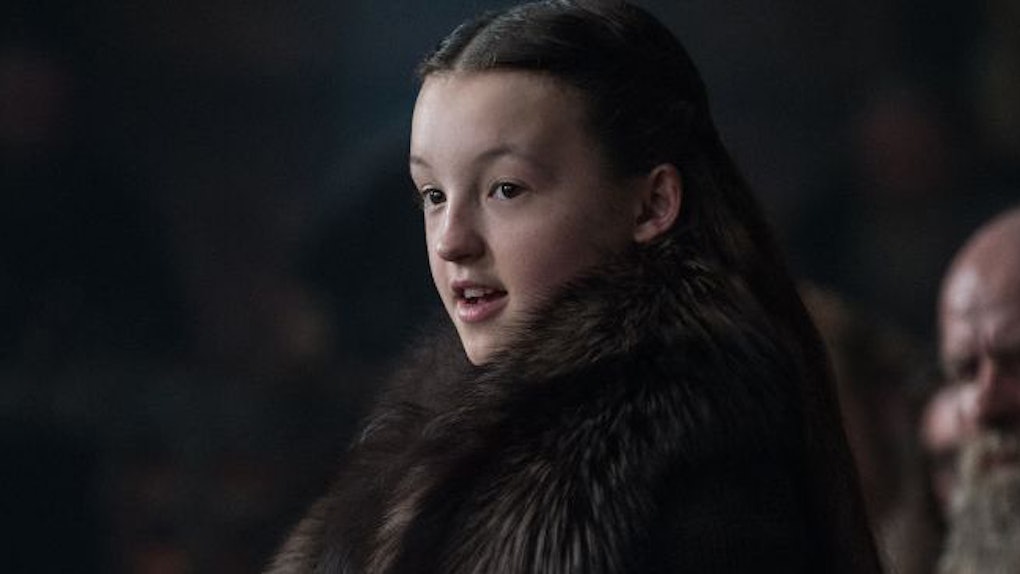 Lyanna Mormont Fighting The Patriarchy On 'Game of Thrones' Is Everything

Sunday night's return of Game of Thrones brought back characters in the north who we've missed for more than a year. But once again, 13-year-old Bella Ramsey, who plays Lyanna Mormont, stole the scene right out from under everyone.

Like all her other appearances, Lyanna's speech was brief but powerful. When Lord Glover (who we will remember from last year did not fight on Jon Snow's side in the Battle of the Bastards) protests that asking women to fight is somehow immoral, Lyanna pipes up.

Now, as someone who enjoys knitting, I don't want to poo-poo it, but after season upon season where a woman's place in Westeros seems to be silently accepting an arranged marriage, in the kitchen feeding and breeding her family, or in the whore house, having a young girl step up and say "to hell with this nonsense" is refreshing.

Recall if you will, Brienne, who was built to fight and finds wearing men's clothing far more comfortable than women's, has spent her life being treated like a freak or like dirt by all the men around her for her gender nonconformity. In the books, it is made clear that she was degraded by her own father for her life choices as well. (The show merely alludes to it.)

Perhaps that's why her face during Lyanna's speech filled so many hearts with joy.

Lyanna doesn't need your permission to fight. And she's going to show Lord Glover, and all these other men, by training every man, woman, boy, and girl to fight in the war to come.

(Too bad Jon Snow doesn't know Sam is in contact with Lyanna's greyscaley uncle, or he might write Jorah a little letter telling him how proud he should be of his niece.)

With women's right's under attack, having a small voice like Lyanna roar the loudest on screen against oppression is heartening indeed. I hope she inspires legions of female fans to be the Lyanna Mormont they wish to see in the world.