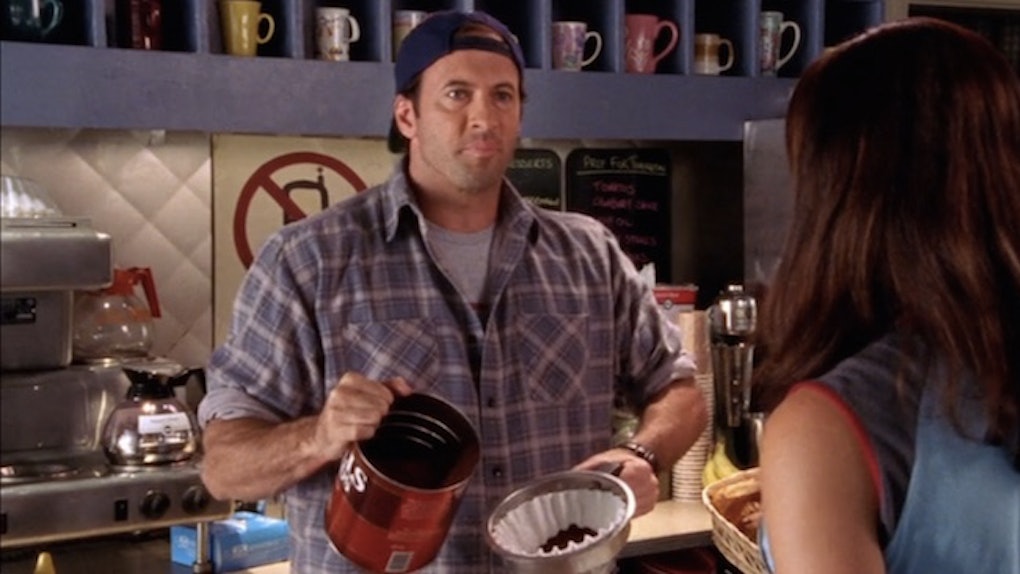 Especially when that art – Gilmore Girls — has a loyal fanbase who are prepared to spend their money on pretty much anything related to the show.

So it makes perfect sense to me Scott Patterson would launch his own brand of coffee, as he is apparently doing.

In a recent interview with WealthManagement.com, the 58-year-old actor who is known for portraying Luke Danes revealed his next big project: his own line of coffee!

I'm developing my own coffee brand. We're almost ready to launch, but we want to have our ducks in a row before we come out with it. Quality coffee is something that I am obsessed with. It's the thing I look forward to every morning and throughout the day and throughout the evening and now throughout the middle of the night. It's going to be called Scotty P's Big Mug Coffee.

Scotty P's Big Mug Coffee! It doesn't quite have the same ring as "Luke's" to it, but I'm definitely going to buy it anyways.

Lorelai must be so proud of her husband, for pursuing her absolute favorite thing about him.

Of course, true Gilmore Girls fans might recall Luke Danes, while he certainly makes an excellent cup of joe, does not actually drink coffee himself. He's too much of a health nut and generally sticks to tea.

And even if he did drink coffee, it seems unlikely he'd be obsessed with it.

But apparently, all those years on a coffee shop set, holding cups of coffee, and listening to Lauren Graham rave about the wonders of coffee must have rubbed off on Patterson.

Patterson also mentioned in his interview he's "not waiting around," for another season of the Gilmore Girls revival, despite rumors a few months back that Season 2 of Gilmore Girls: A Year in the Life might be in the works.

If Patterson's learned one thing from playing Luke, it's that there will always be people to buy coffee.