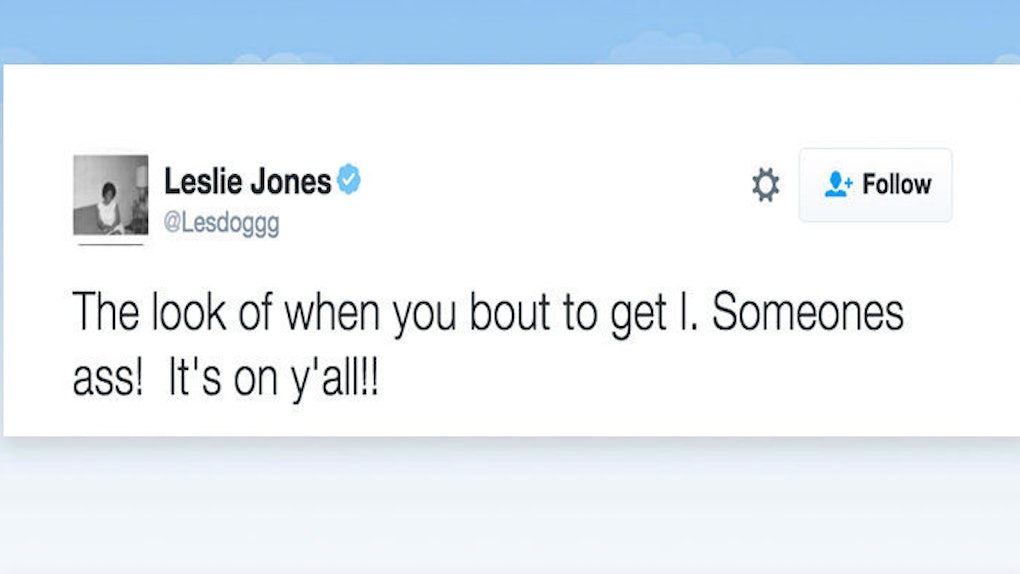 I am not about to pretend I've seen more than three episodes of "Game of Thrones."

In fact, I've seen so little “Game of Thrones” I sometimes feel like I'm majorly slacking as a journalist who primarily writes entertainment updates. (My redemption lies in the one time I served Kit Harington a bev and a snack at a SoHo brunch spot.)

Judging by my Facebook News Feed this morning, Sunday's episode was a HUGE deal for reasons that continue to evade me. With no time to catch up via binge watching, I turned to Twitter for answers.

My modus operandi when completing any level of reconnaissance is to kill time browsing unrelated tweets as a warm-up/habit of procrastination.

Naturally, I found myself on “Saturday Night Live” cast member Leslie Jones' Twitter and, wouldn't you know it, the comedian live-tweeted last night's episode of “Game of Thrones.”

Jackpot. Two birds. Ahead of the game.

As I read, I realized I no longer had any interest in the show itself or anyone's recap of it… except Leslie's.

I cannot attest to the accuracy of the following tweets as they relate to the “GoT” universe because I straight-up do not know a thing about any of it. But, I can attest to Leslie Jones having the best possible reactions to television of any kind.

With no further ado, in order of appearance on Leslie Jones' Twitter, I present Leslie Jones' Live Tweets From Season 6, Episode 5 of “Game of Thrones.”

Prep ur asses, y'all.

Got to give respect where respect is due.

Monarchies are f*cked up.

Give him a break, honestly.

Be honest about your dick fire or I'm out.

WHO IS EVEN KING RIGHT NOW?

THIS FACE SPEAKS FOR ITSELF.

Human resources should be here for this IMHO.

THIS IS NOT A GOOD TIME FOR A BREAK, BRAN.

TRYNA BREAK THE TENSION, THAT'S ALL.

May we never have to watch another episode of anything without the sage words of TV messiah Leslie Jones.