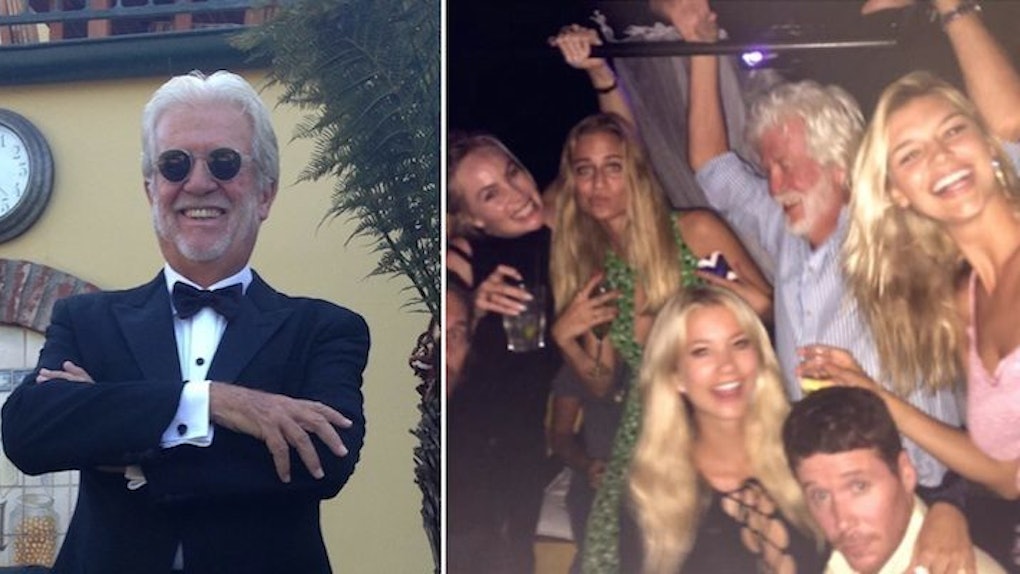 If you think Leonardo DiCaprio gets it poppin', wait until you see his mom's boyfriend, a man who lives the life of a gentleman, scholar and true baller.

Meet David Ward. He not only looks like Dos Equis' "Most Interesting Man in the World," but he also has many similar interests and is pretty much what we imagine Leo to be like when he hits his 60s.

He might just be more interesting than the real Dos Equis man himself.

According to Complex, David Ward is dating Leo's mother.

They even have a dog named Django together.

By the looks of it, he's living a similar life to Leo.

He travels the world but never forgets his roots.

And he also pays homage to all the classic men who came before him, like his idol, JFK.

He has an untamable spirit and lives his life on the edge.

Plus, this might be the greatest damn photobomb of all time.

But most importantly, he enjoys the finer things, like luxury Bugattis.

Sometimes, he has to pull out all the stops and swag off like it's the 17th century.

Or, he can get summertime casual with it and chill with some dinosaurs.

When was the last time you were as relaxed as David Ward?

He's giving Leonardo DiCaprio the blueprint for how to live 20 years from now.

...and keep partying with girls half his age.

Just make sure you keep it as clean as this, Leo!