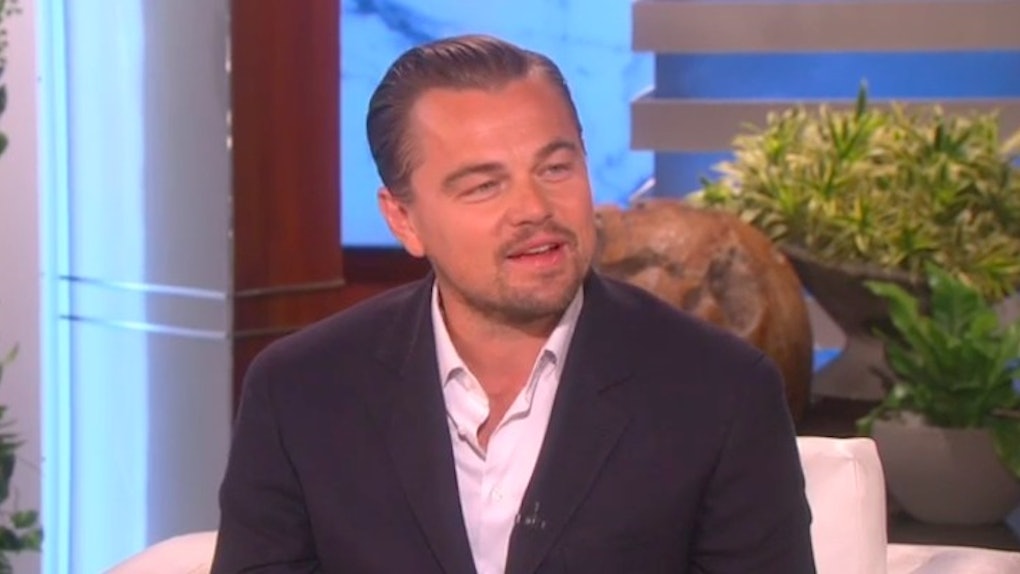 Leonardo DiCaprio Has The Sexiest Russian Accent Ever (Video)

Despite being shafted by the Oscars every year, Leonardo DiCaprio has had an impressive career spanning his three-plus decades of acting.

The 41-year-old actor heads into the weekend primed to take home a Golden Globe for Best Actor in a Motion Picture, Drama, for his lead role in Alejandro Iñárritu's "The Revenant."

The competition, however, is stiff. Other nominations in the category include Eddie Redmayne for "The Danish Girl," Michael Fassbender for "Steve Jobs," Will Smith for "Concussion" and Bryan Cranston for "Trumbo."

Leo's last win at the Globes was in 2014, when he took home Best Performance by an Actor in a Motion Picture, Comedy or Musical, for his role in "The Wolf of Wall Street."

He sat down with Ellen DeGeneres recently to talk about filming "The Revenant" and to let fans in on a little secret: Leo's quite the unintentional daredevil. He's gone sky diving with two non-working parachutes, and he's flown to Russia with only one of two engines, both of which were freak accidents.

While telling the tale of his near-death experience 30,000 feet in the air, Leo nonchalantly takes on the accents of both the freakishly calm, Southern flight attendant and a concerned Russian passenger.

If we had to guess why he hasn't been named an Oscar winner as of yet, we'd point the finger at Murphy's Law.

Check out the full interview above, and don't forget to tune in to the Golden Globes this Sunday at 8 pm ET, 5 pm PT on NBC to see if Leo takes home the Globe for "The Revenant."