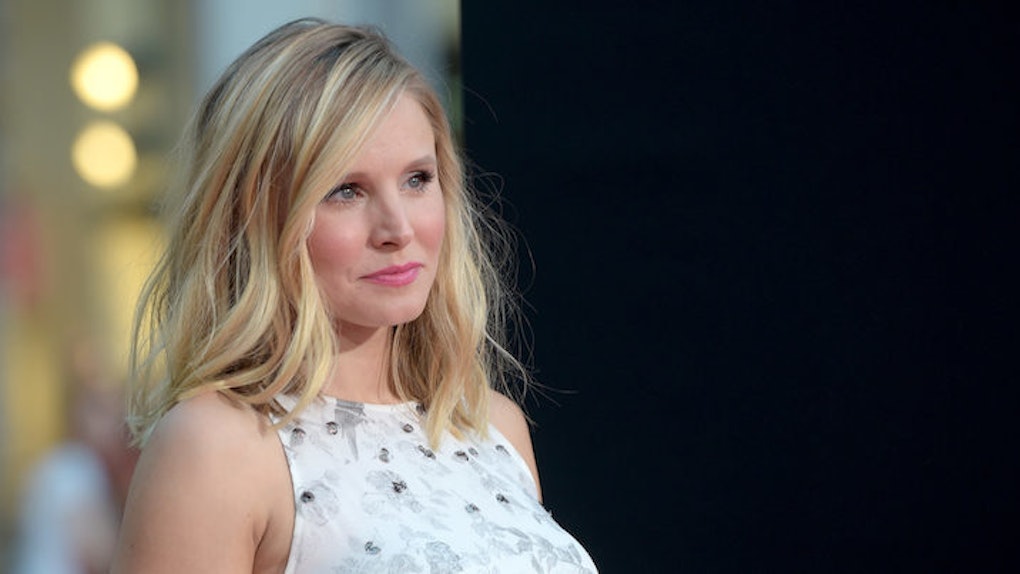 Kristen Bell has officially joined the digital age by jumping on Instagram.

Her very first post just so happens to be an adorable pic of her and husband Dax Shepard kissing.

In her caption, she writes,

You're doing just fine, girl! Her first post has received over 2,400 likes so far. Not bad at all for a noob.

Cosmopolitan reports Bell will be taking over the @DisneyAnimation account as part of a promotional tour for her new movie, "Zootopia."

She's posted a morning selfie so far, which means she's already on her way to winning all of our hearts.

She announced her membership to the Insta-club on Twitter as well on Wednesday, opening herself up to "friends, foes, and Internet trolls."

If she keeps up with the pics of her and Dax Shepard smooching, it's hard to imagine how she could accumulate too many trolls. On the other hand, it is the Internet, after all. Trolls find a way to hate everything from Taco Tuesday to fluffy kittens.

So don't take it personally if not everyone's digging your adorable sh*t, Kristen. You keep doing you.