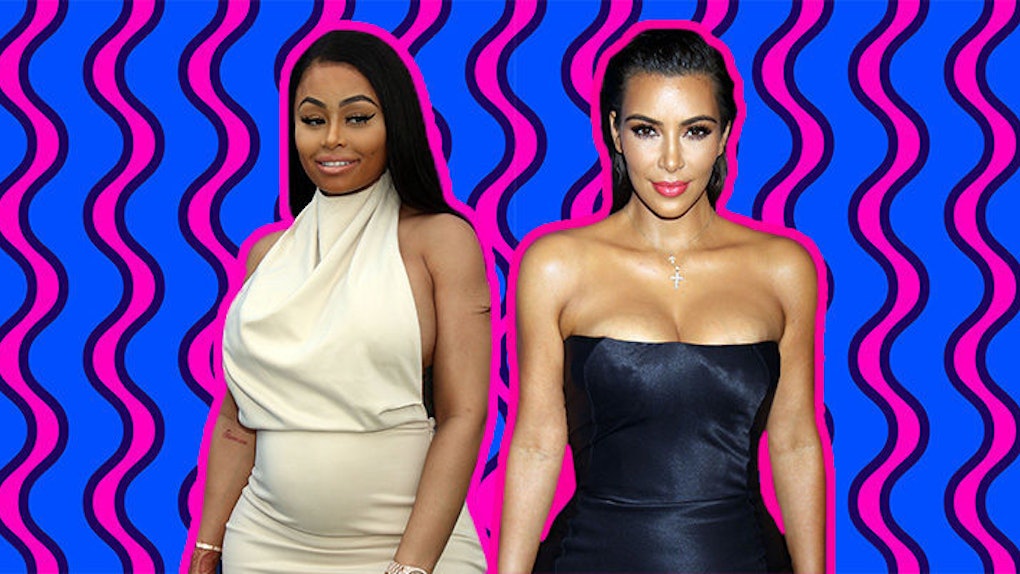 3. Did you hear about San Diego? Because it's goin' down there.

Chyna and Kim joined the rest of the Kardashians in San Diego on Tuesday night to celebrate the 82nd birthday of Kris Jenner's mother, Mary Jo Shannon.

With their drama buried so deeply in the past no even remembers what it was about anymore (Tyga/Kylie/Amber/Kanye/general issues with shaming and appropriation/never 4get), Kim gave Chyna and her pregnant belly some love.

The tender exchange was captured on Snapchat and also documented the moment we discovered, incontrovertibly, whether or not it was goin' down in San Diego tonight.

If Chyna and Rob are going to get married and raise a child together, they're definitely going to have some blow-up fights. It's reassuring to know even when he's too busy sulking, the Kardashian sisters have her back/belly.