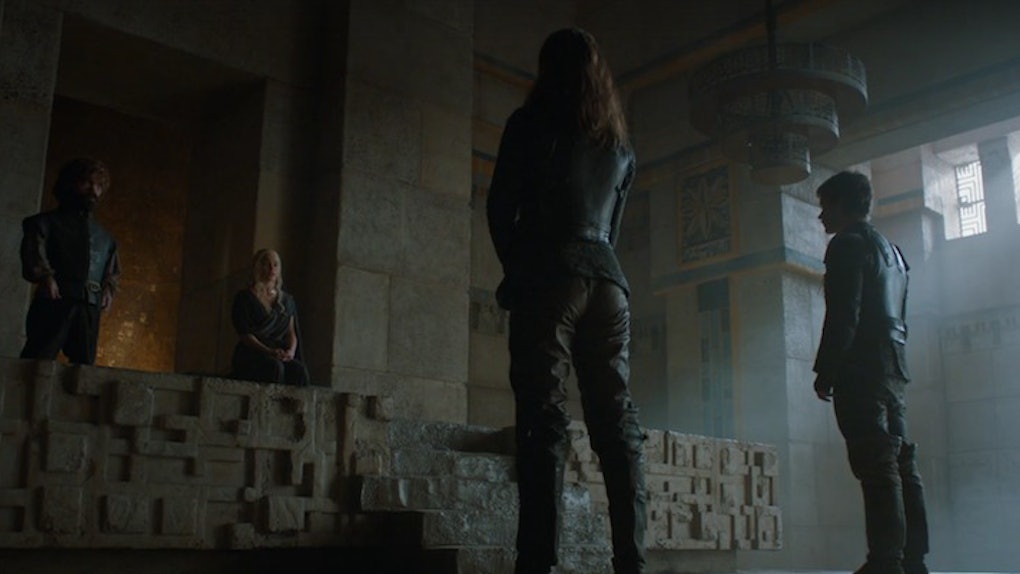 A lot of game-changing stuff went down on “Game of Thrones” last night. Jon Snow won the battle of the bastards, that giant got straight up KILLED by a butt-load of arrows and Ramsay Bolton finally got his face eaten off by dogs.

Yup, it was quite an action pack -- oh, I'm sorry, did you want me to say "spoiler alert" first because you didn't watch last night's episode yet? Well, maybe don't click into A “GAME OF THRONES” RECAP POST THE NIGHT AFTER AN EPISODE. Dat's on you, brah.

OK, I'll give you one last chance to exit this post before I give you the biggest spoiler of all from last night's episode. Because, you see, as far as the internet is concerned, the real winner of last night's "GoT" storyline was love -- or at least the promise of eventual future love between two unexpected main characters.

Are THEY GONE gone? Good.

AHHHHHHHHHH!!!! WHAT THE EFFING YASMIN LOW DOSE BIRTHCONTROL MEDICATION IS GOING ON BETWEEN KHALEESI AND YARA, YOU GUYS!??!?! LIKE, WE ALL SAW THAT, RIGHT?!?! LIKE, THEY'RE TOTALLY GONNA MAKE OUT AND STUFF, RIGHT?!?!?!?!

Could we be watching the beginning of a romance between Daenerys and Yara? THEIR COUPLE NAME WOULD BE YAENERYS!!!!

I felt the sexual tension between Yara and Dany. Queens — Mouse (@TheMickeyMose) June 20, 2016

The owl community is SHOCKED.

DON'T EFF US OVER ON THIS ONE LIKE YOU DID WITH MAKING US THINK "BALLERS" WAS GOING TO BE GOOD, HBO.