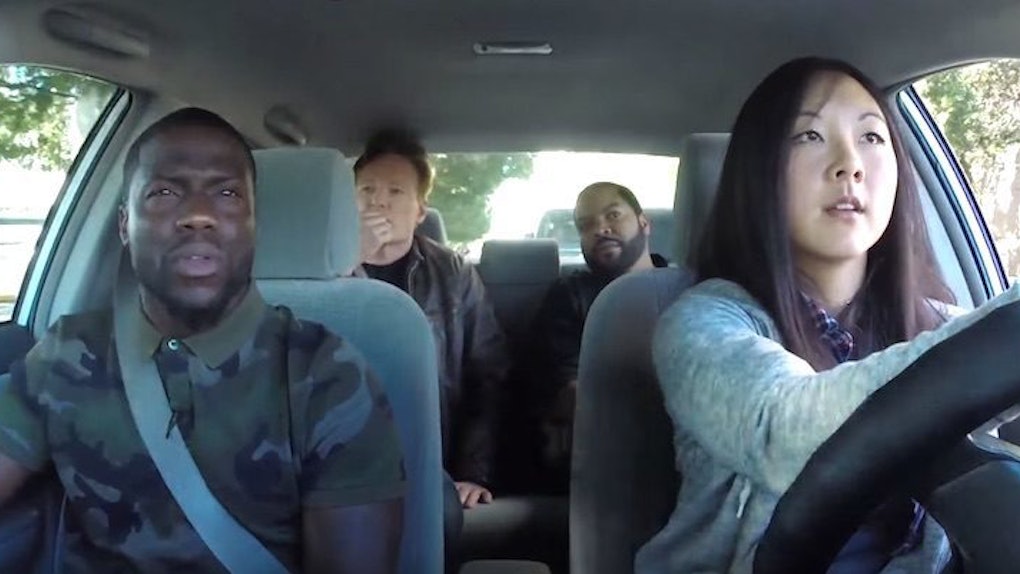 Your favorite ginger talk-show host brought together two age-old American rites of passage: the driving test and the drug deal.

In a "Conan" highlight video uploaded to YouTube yesterday, Conan O'Brien took one of his staffers, Diana Chang, out in student driver car, and picked up Ice Cube and Kevin Hart along the way.

It turns out the "Ride Along" stars had an errand to run at a marijuana dispensary. Yeah, don't worry, it's legal; this is Hollywood, not your sophomore year of college in the Midwest.

Skip the first nine minutes to get to the weed part, if you're not feeling nine minutes of jokes about how white Conan is.

The highlight for me was Kevin Hart's nonstop, adorable giggling.

At one point, Conan said, "This is like a Cheech and Chong movie," which does pretty much sum up the trip.