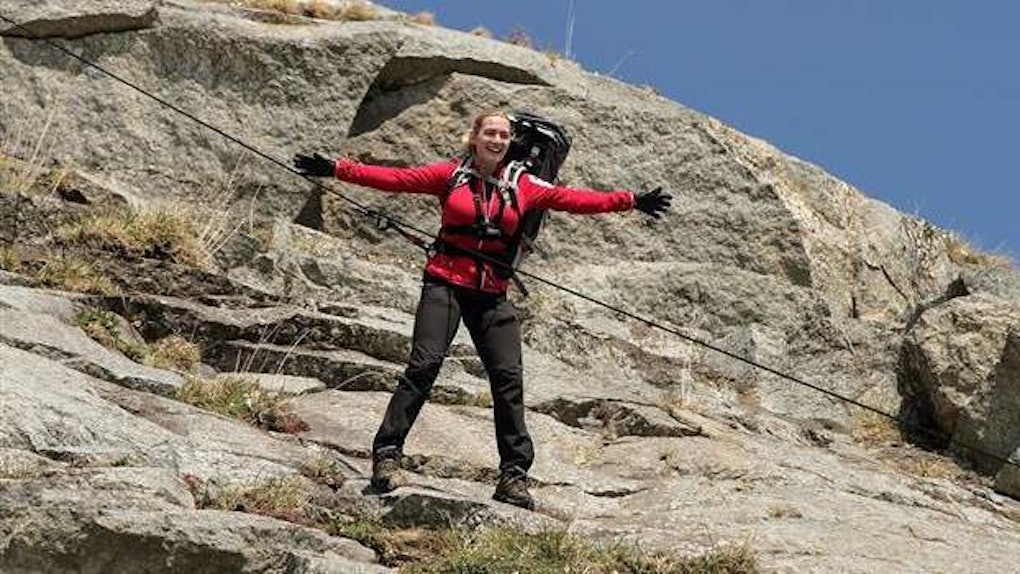 Nearly 20 years after “Titanic” stole hearts around the world, Kate Winslet brought back her iconic role — at least, part of it.

The 39-year-old actress recently appeared on an episode of “Running Wild with Bear Grylls” and reenacted the film's most famous scene at the urging of the show's host.

Winslet and Grylls were climbing a cliff for the episode, and at one point, the host and famous survivalist told the actress to let go of her rope and spread her arms out.

Once it registered, Winslet played along, mimicking her famous scene from the film. She said,

The two, in character as Jack and Kate, engaged in a bit of scripted back-and-forth before Kate relented and prodded Grylls to “get [her] down this f*cking thing,” referring to the cliff.

The episode, which was filmed in Snowdonia National Park in Wales, aired on NBC.

Check out the nostalgia-inducing clip below.

Prepare for an adventure made for the movies. Posted by Running Wild with Bear Grylls on Monday, July 27, 2015

Citations: Kate Winslet recreates that Titanic scene while abseiling down a mountain in Running Wild With Bear Grylls (Daily Mail)