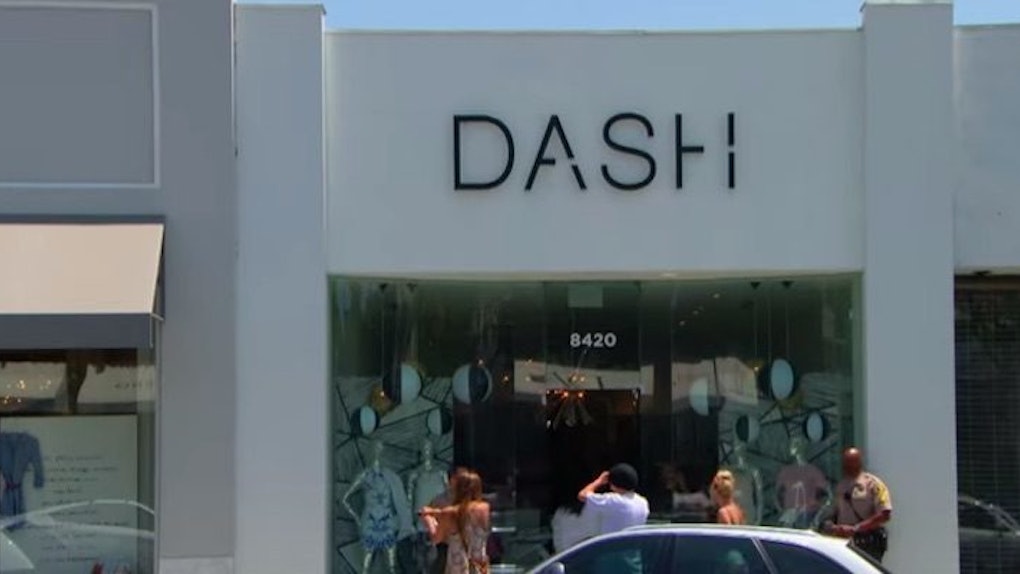 Someone attempted to firebomb the Kardashians' Los Angeles boutique on Monday night.

An unidentified man tried to throw a Molotov cocktail into the DASH store's front window, a source told Complex.

The Kardashians currently own three retail stores; the other two are in New York and Miami. The store in LA, located on Melrose Ave, was the subject of attack.

In the photos below, you can see some of the damage.

Here's what we know: A witness called 911 after seeing the man smash the front window with a dumbbell and then try to light the store on fire.

Luckily, no one was in the building at the time because the attack happened around 11:20 pm when the store was closed.

ABC News 7 reported a suspect was taken into custody, but there are no additional details on who the man may be.

It's also unclear if the man was trying to hurt the Kardashian family or chose the store randomly.

Hopefully, the LA Police Department can find the arsonist so people in that area are safe and feel comfortable returning to the location.