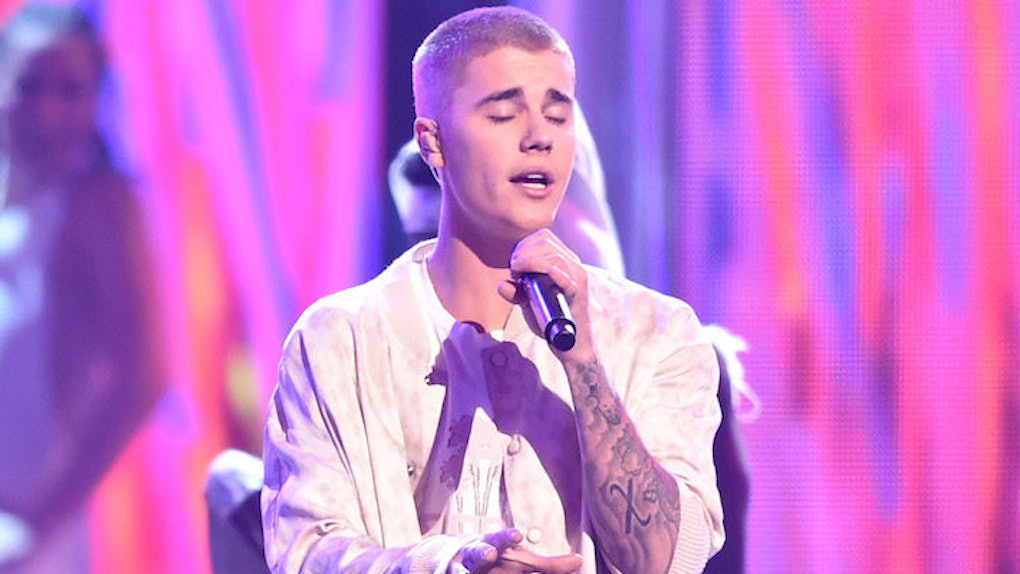 At his concert on Saturday night at the MTS Centre in Winnipeg, Canada, Justin Bieber paid tribute to the late Christina Grimmie.

While he was singing "Purpose" off his new album, Justin lied down on the floor and covered his face with his arm. According to a report by Entertainment Weekly, the pop singer addressed the late Grimmie through his tears. He said,

Grimmie, can you hear me?

A fan at the concert that night got a video of Justin lying on the stage.

Christina Grimmie was shot and killed on Friday while she was signing autographs after her concert in Orlando. She was known for finishing in third place on the sixth season of NBC's "The Voice." She was 22 years old: the same age as Justin.

Justin presumably knew Christina through his former girlfriend, Selena Gomez, who he dated back in 2011. The Gomez family had known Christina since she was 14 years old, when Selena's stepfather, Brian Teefey, first signed the singer.

Teefey has set up a GoFundMe to support the Grimmie family through this difficult time. If you are willing and able to donate to the family, you can do so here.

Citations: Justin Bieber fights back tears during heartfelt Christina Grimmie tribute (Entertainment Weekly), 'Grimmie, can you hear me?': Justin Bieber gets emotional as he pays tribute to slain singer Christina at his concert (The Daily Mail)