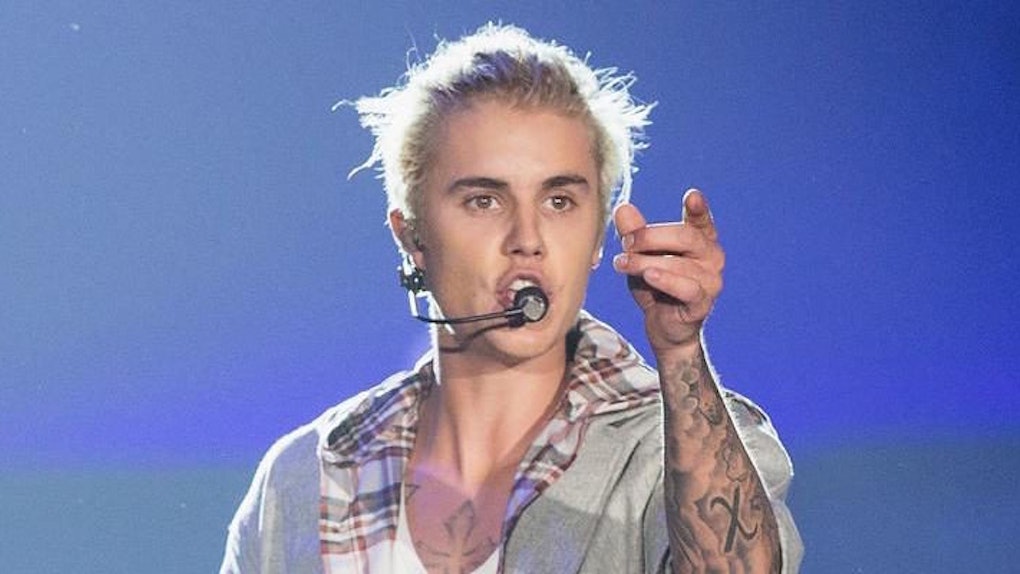 Musicians, here's a tip for you: When you're selling shirts to promote your latest album, you should probably double-check to make sure said album name is spelled correctly.

Justin Bieber didn't, and now, he and his team are looking kind of dumb. (Sorry, but it's true).

Twitter user @EmmelynAffeldt brought attention to the egregious typo when she tweeted a picture of the shirt along with the caption,

When Justin Bieber's tour merch has a misspelling.

The shirt, sold at the beginning of Bieber's Purpose Tour, reads,

Many are the plans in a person's heart, but it is God's purose that prevails. [Emphasis added].

"Purose," of course, is not a word, much as Biebs may belieb it is.

The tees, of which an undetermined number have already been sold, are being recalled.

Anyone who bought a misspelled tee can have the garment replaced by the singer's team, although, holding off and keeping the faulty item might be a better move — you never know how much a “rare Justin Bieber tour shirt” could go for on eBay in a couple of years.

Check out the tee below, and hope that Biebs' team learns how to utilize spellcheck before the next round of tour shirts go out.

Citations: Justin Bieber's Official Tour T-Shirts Have the Most Amazing Typo on Them (Cosmopolitan)