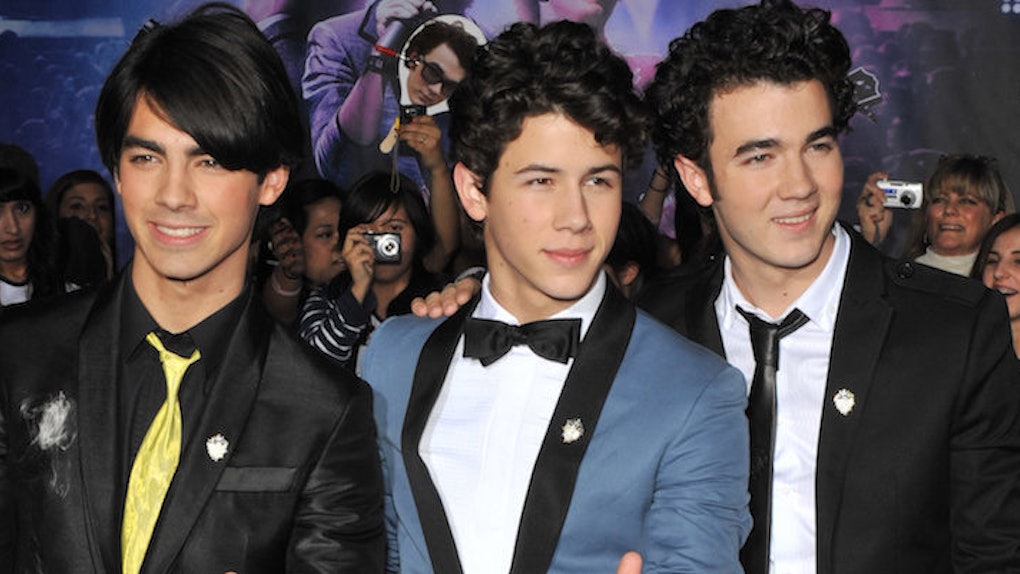 These Jonas Brothers Jokes About The Incoming Storm Are Actually Hilarious

FYI, that huge winter storm set to cover DC in snow and hit much of the Northeast pretty hard is named Jonas (because apparently we name snowstorms now?).

Anyway, heavy snowfall sucks, but the good news is the Internet found the bright side of Storm Jonas.

It's been a while since we heard from the Jonas Brothers -- the band broke up in 2013 -- so we're all pretty sure this snow is their fault.

Personally, I think this was probably the work of Joe. Fingers crossed Storm Jonas also decides to split and leave us all alone.

So, if you're stuck in an airport over the next 36 hours because of Jonas, please enjoy these carefully curated jokes to pass the time.

This person really comprehends the impact of Jonas.

She thinks the storm is a bit more metaphorical.

Calm down, you guys, it's probably not Nick.

I mean, this would be one helluva promotion campaign for a comeback.

This person already has an idea of how that would go down.

It's true there's never been a storm with a better smolder.

Again, we can only hope Storm Jonas follows in the footsteps of its namesake.

I think we're all forgetting an important fact here: The Jonas Brothers have been to the year 3000, and everything's cool there!

So, don't worry, we're all gonna be fine.

But, of course, it's not a true Jonas appearance until Kevin gets the last word in.