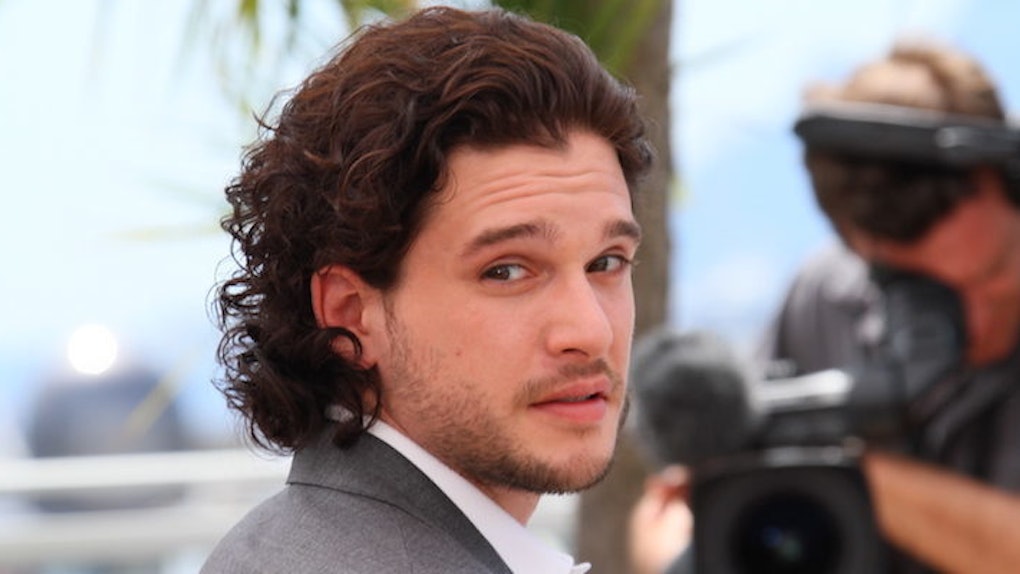 One unassuming, lazy spring day, it waltzed into the charming SoHo eatery I once worked in. It was attached to “Game of Thrones” star Kit Harington.

Kit's Beard sat in my section, I recommended the shrimp and grits and, together, Kit and Kit's beard enjoyed a traditionally southern meal as I watched from a close distance.

Those days — the ones of succulent crustaceans tickled by coarse, curly facial hair — are over.

Despite the 29-year-old's ceaseless beauty, regardless of what is or is not on his face, some "GoT" fans are taking the loss hard.

More distraught about Kit Harrington shaving his beard off than I was when Jon Snow died. pic.twitter.com/Czu4aAUPx8 — (Gu)innes(s) (@HalfPintOfInnes) June 3, 2016

Jon Snow has shaved his beard. WHAT. It was magnificent. pic.twitter.com/9aknfahBBM — Megan Hawkes (@Meghawx) June 3, 2016

The photos of Jon Snow aka Kit Harrington without a beard has ruined my friday tbh #frinay — Alex Stuart (@alexandra1992x) June 3, 2016

Some are speculating Kit's new babyface foreshadows a grim fate for his "GoT" character Jon Snow.

So if Kit Harington has shaved his beard, that basically confirms Jon Snow is gonna die forever, right? It's not like beards grow back — Simon Batten (@Simbojimbo) June 3, 2016

Don't worry, peaches. It'll grow back. In the meantime, we'll just have to suck it up and watch Kit eat shrimp the plain ol' hairless way.

Citations: Kit Harington Shaved His Beard and We're Not Sure About His New Look (Us Weekly)