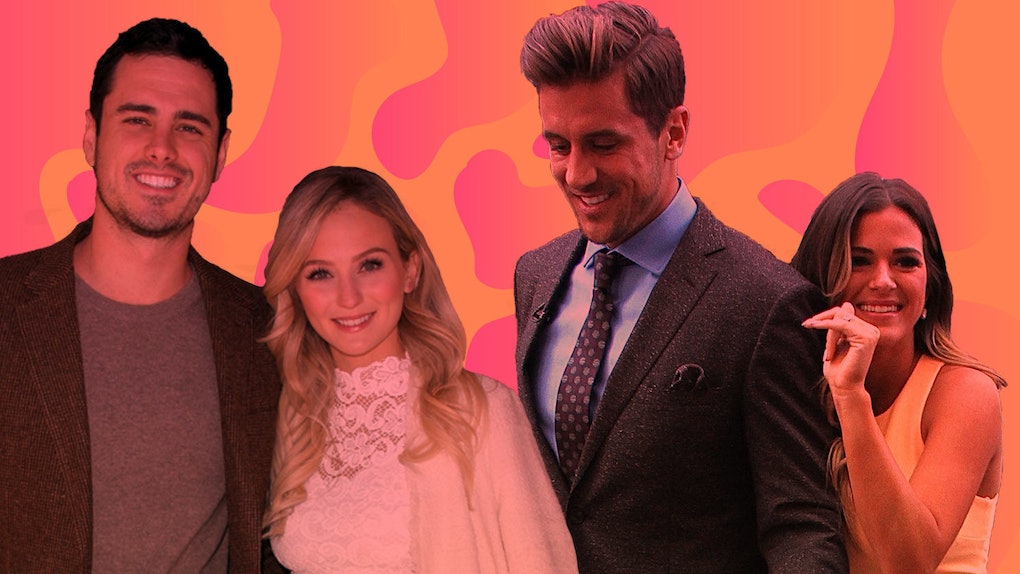 Ben Higgins and JoJo Fletcher are like brother and sister, you guys.

Well, they're like a brother and sister who hooked up, but are very happy for the other's romantic successes elsewhere... kinda.

They're like a brother and sister whose mouths are still attracted but who, you know, understand it's a no-dice situation.

The former stars of “The Bachelor” and “The Bachelorette” met for lunch in Los Angeles, and dragged participation trophies Jordan Rodgers and Lauren Bushnell along for the meal.

Ben and JoJo haven't hung out much since he shattered her heart by proposing to Lauren on the season 20 finale of “The Bachelor.”

Once JoJo found love for herself on the 12th season of “The Bachelorette” with Jordan, the whole gang was welcome to eat a friendly lunch without any weirdness.

I think it could have been awkward but we're kinda used to awkward situations at this point, so it was fun. It was good. I'm glad we did it and it looks like everybody is really happy. I know I've moved on and I'm really excited about my relationship and I think, uh, I know she is as well.