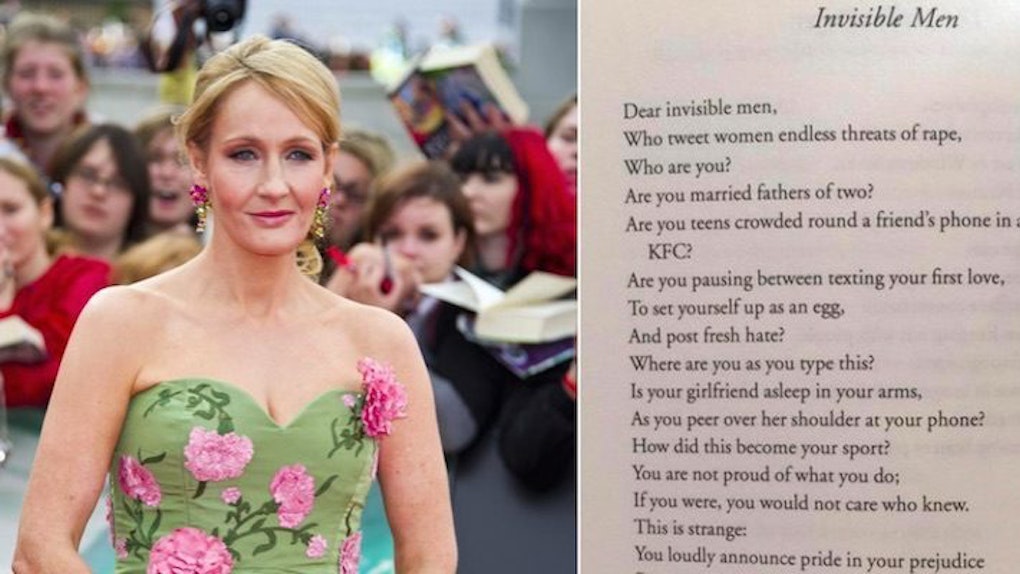 Internet trolls, let me formally introduce you to Musa Okwonga.

Every day is National Poetry Day if you're an inner-city English teacher trying to make his or her students believe in the power of spoken word.

But for the rest of us, only today is National Poetry Day (in the UK).

JK Rowling decided to celebrate the day by tweeting a powerful poem by Musa Okwonga, poet and author of "Eating Roses For Dinner," about Internet trolls and their lives offline.

Defensive Internet trolls *cough* WHOM THIS EFFING POEM WAS ABOUT *cough* responded to Rowling's tweet, as defensive trolls tend to do, defensively.

Okwonga responded with a pretty loud, mic-drop-worthy response to their backlash.

Trolls who troll posts about trolls with their own troll remarks just got trolled.