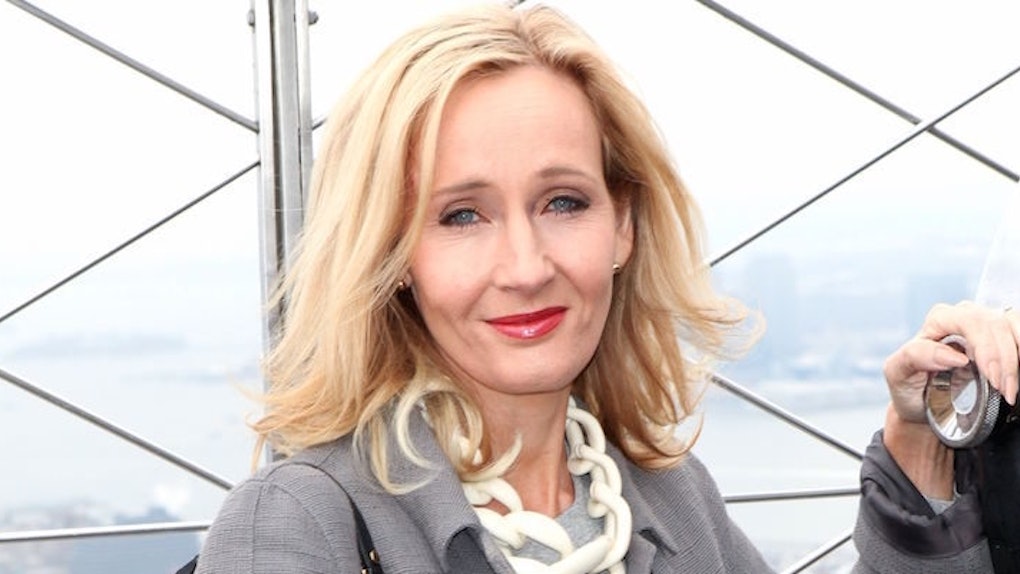 JK Rowling is paying tribute to the human beings who were killed by one monster in Orlando's Pulse nightclub on Saturday night.

The "Harry Potter" author posted a series of tweets last night to honor the victims who were affected by the shooting.

She posted this photo of Luis and shared she "can't stop crying." Rowling also tweeted about her hope for the Tony Awards ceremony to properly address the shooting and honor the victims.

Rowling continued to show her support for the LGBTQ community by sharing her followers' tweets and spreading the hashtag #Loveislove.

Throughout the night, she retweeted several users who knew Luis personally and were touched by her words of kindness.

@jk_rowling Thank you for your tweet about Luis. He was our friend and it is unbearable. Your Wizarding World was his world. #LoveWins — John Connon (@JohnConnonActs) June 13, 2016

Our hearts are with the friends and family members of those who were lost in this gut-wrenching tragedy.