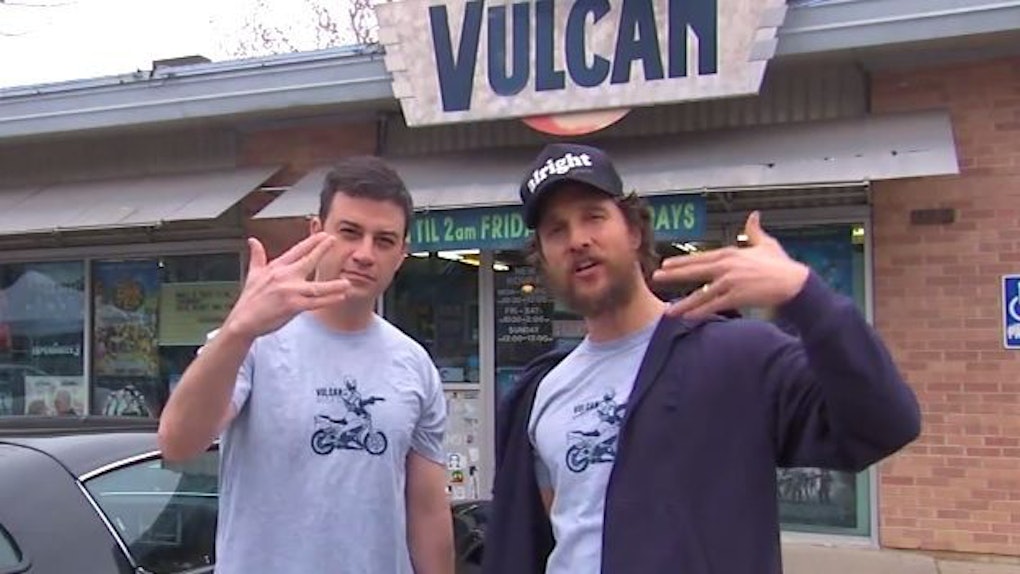 Jimmy Kimmel took his show down to Austin for South by Southwest.

While there, he decided to help promote a local business. And who better to help support an Austin-based business than Mr. Alright, Alright, Alright himself, Matthew McConaughey?

Vulcan has an extensive collection of Canadian television and Asian Horror, free parking and a bathroom. What more could you want from a video store in 2015?

If that didn't sell you on the place, maybe Kimmel and McConaughey's ads will. They're up above.