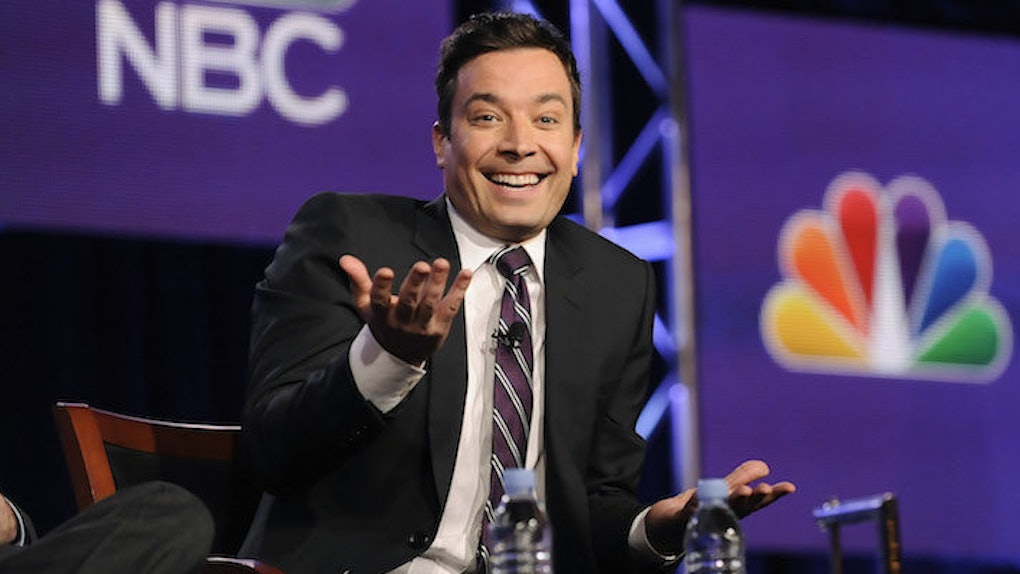 It's official! Jimmy Fallon is hosting the Golden Globes in January 2017 -- and he's already rocking the boat.

NBC announced the news today, and Fallon went on Twitter to tell his fans.

It's gone down well with everyone. What's not to like?

Even the Hollywood Foreign Press Association was lapping it up.

Jimmy Fallon is an exceptionally talented and dynamic entertainer and we couldn't be more excited that he'll be hosting the 2017 Golden Globes. His charm, wit and incredible spontaneity will play exceedingly well both to everyone at the show as well as the millions watching at home from around the world.

And on that note, Fallon couldn't resist a little jibe at Donald Trump.

Then, THIS perfect piece of sass followed.

Damn. Trump's gonna need some cream for that burn.

We're thrilled to announce Jimmy as host of the 74th Annual Golden Globes. This is the most spontaneous and uninhibited award show on television, and Jimmy's playful, disarming comedic brilliance makes him the ideal host to enhance and elevate the sense of fun and irreverence that's made the Golden Globes one of the premier events of the entire broadcast year.