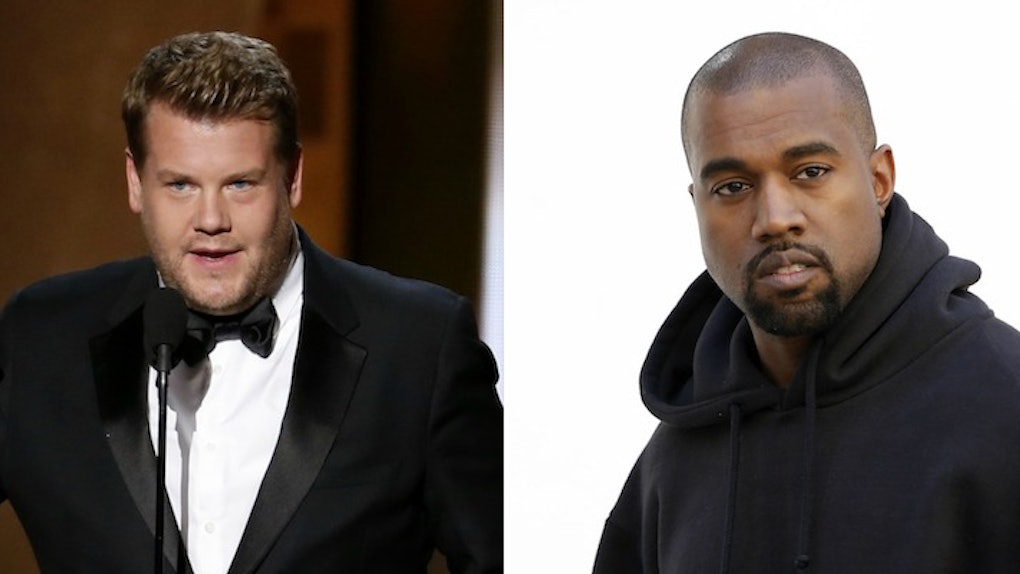 When Kanye West cancels plans on you at the very last minute, just know he'll say sorry in the most Kanye way possible.

It turns out West was booked to appear on "Carpool Karaoke" with James Corden on two separate occasions.

According to Entertainment Tonight, the 39-year-old "Famous" rapper canceled on Corden and "Carpool Karaoke" BOTH times due to last minute changes to his already hectic schedule.

You didn't think being Yeezy was easy, did you?

James Corden, 37, sat down for an interview with British GQ for the September issue, revealing,

Kanye has been booked to do Carpool Karaoke now twice and both times something came up. He'll do it eventually. He wants to do it. [When he canceled he sent] about three dozen white roses, of course. Arranged in the shape of a cube. What could be more Kanye than that?

Damn, come to think of it, that IS pretty Kanye of Kanye to send dozens of roses in apology.

But what did you expect from a guy who bought his wife an entire wall of white roses?

James Corden should be feeling pretty damn lucky if you ask me.

Not only is Kanye definitely going to make up for his missed appearances on "The Late, Late Show" in the best way, but West also sent him a gift beautiful enough to give his own wife.

Corden has yet to post a selfie with the roses, but I'd imagine it'd look something like this...

Keep being you, Kanye! And to the rest of us, well, we should probably take notes.

THIS is how you apologize for being too important.