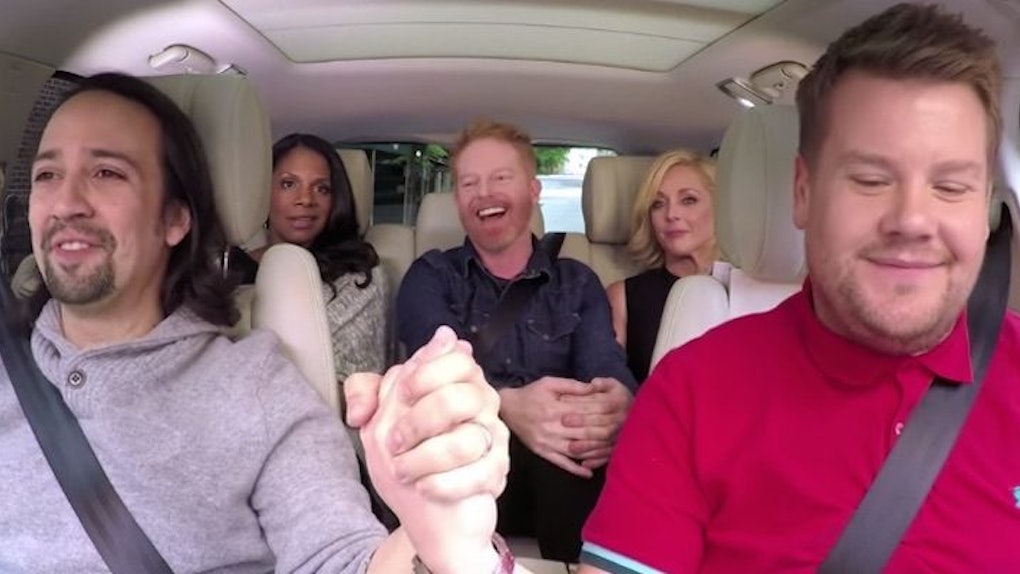 James Corden is back at "Carpool Karaoke" for “The Late Late Show,” and he's joined by Lin-Manuel Miranda, whose show “Hamilton” burned Broadway to the ground and built an entirely new art form on its charred remains, or something.

On June 12, Corden will host this year's 70th Tony Awards, most of which he will likely hand straight over to Miranda.

“Hamilton” is nominated for a record-breaking 16 Tony Awards, so it's probably an amazing live musical experience. I can't say. It's impossible to get tickets. I hear good things, though.

Miranda and Corden kick off their drive through New York City with a few bars of — OMG. OH. MY. GOD.

EVERYBODY SHUT UP AND LOOK TALENTED: AUDRA IS HERE.

Three and a half minutes into the drive, Audra FREAKING McDonald climbs into the back of Corden's car with Jesse Tyler Ferguson and Jane Krakowski like it's no big deal.

For the uninitiated, Audra is the first human in history to win six Tony Awards simply for acting, and she snagged three of these suckers before the age of 28.

She's also the first human in history to win a Tony in each of the four acting categories.

I'm going to stop now because this isn't Audra McDonald's Wikipedia page, but while we're on the subject, I'd be honored to write that, too.

Anyway, watch this video. Or don't. I don't care.

If you do choose to skip it, please understand you're only doing yourself a disservice by missing out on Audra laying some crystal clear Cosette on your ass.