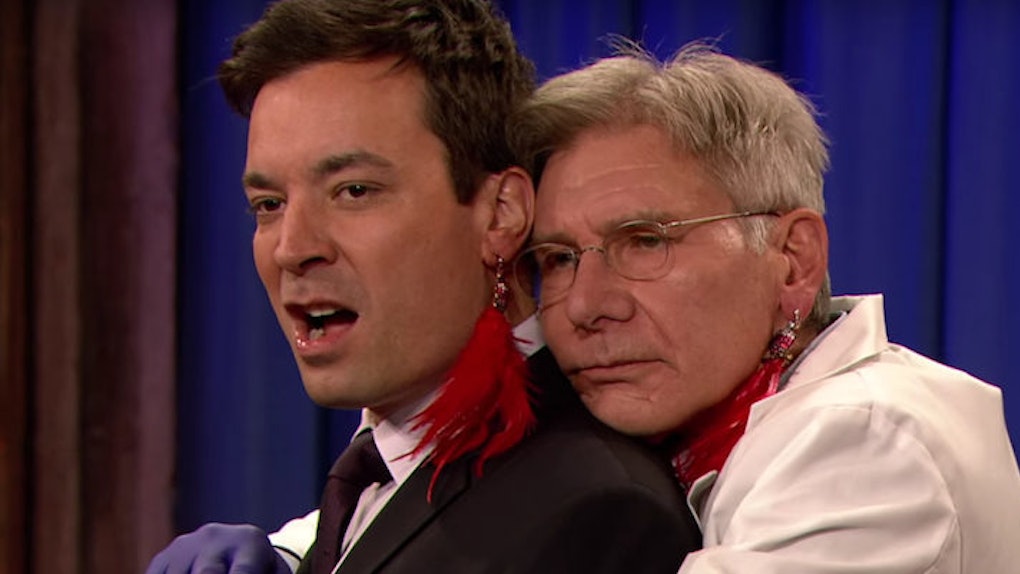 Get excited, Indy fans, because Harrison Ford will be reprising his role as an aging, but still super sexy archeologist for the FIFTH installment of "Indiana Jones."

The film is set to hit theaters on July 19, 2019, so it'll no doubt be a huge summer blockbuster. And according to Nerdist, Kathleen Kennedy and Frank Marshall will return to their roles as producers.

If you remember, the last sequel, "Indiana Jones and the Kingdom of the Crystal Skull," was released in 2008 to not-so-great reviews. But number five is going to be different, you guys. I can just feel it.

Alan Horn, the chairman of Walt Disney Studios, said in a press release,

Indiana Jones is one of the greatest heroes in cinematic history, and we can't wait to bring him back to the screen in 2019. It's rare to have such a perfect combination of director, producers, actor and role, and we couldn't be more excited to embark on this adventure with Harrison and Steven.

Citations: WHAT WILL INDIANA JONES 5 LOOK LIKE? WE HAVE QUESTIONS (Nerdist)