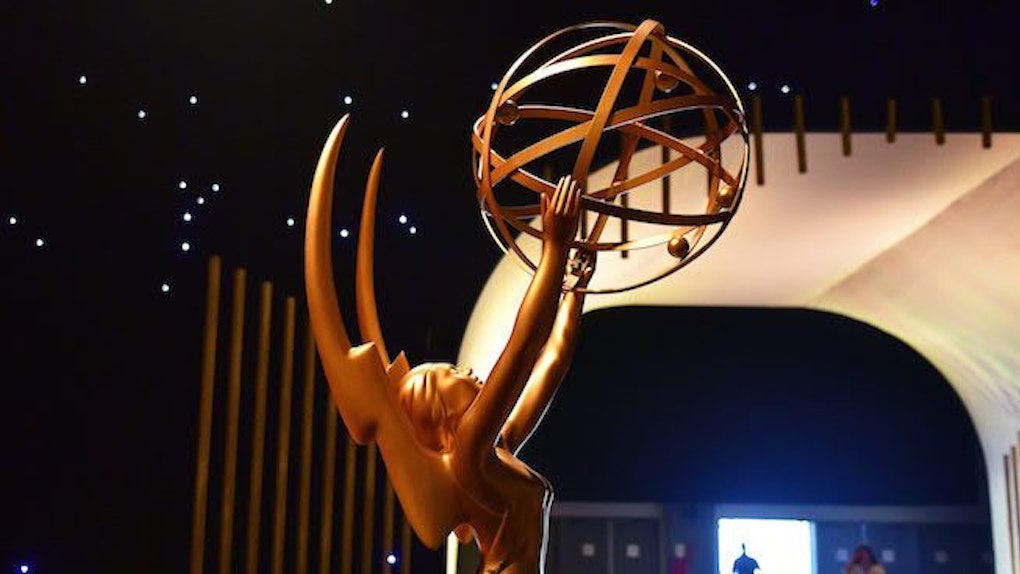 Is there any greater joy in this world than discovering a new series that you love, and then binge watching it all while pounding Ben & Jerry's delivery ice cream and creating nine disparate think blogs about said series? Anyone? The hottest television awards show is quickly approaching, and you better believe I am turning out and tuning in to support my favorite shows. Here, we break down how to live stream the Emmys so you don't miss The Handmaid's Tale clean house. I mean, what? Who said that?

The big show is happening this upcoming Sunday, Sept. 17 at 8 p.m. EST on CBS. If for some reason you can't watch the super vintage way (by using a regular old television), you can live stream the Emmys in over 125 cities by popping over to CBS All Access online.

BONUS DEETS! If you want to catch the red carpet and all the glitz and glam of Samira Wiley (and everyone else, I guess) you can catch the fashion extravaganza live stream event at E! Online, starting at 4:30 p.m. EST.

Plus, there you'll see the first glimpses of our Master of Ceremonies and host of the night, the one and only Stephen Colbert.

Colbert, of course, wasted no time using his new gig as a platform to take a jab at our current president, He Who Shall Not Be Named. Entertainment Tonight reports that in his first statement about hosting the show, Colbert said, "This will be the largest audience to witness an Emmys, period. Both in person and around the globe."

Catch highlights from the list of nominees below, and I'll see you and your laptop (Apple TV, Android, iPad, iPhone, Roku, Xbox, what have you) on Sept. 17!