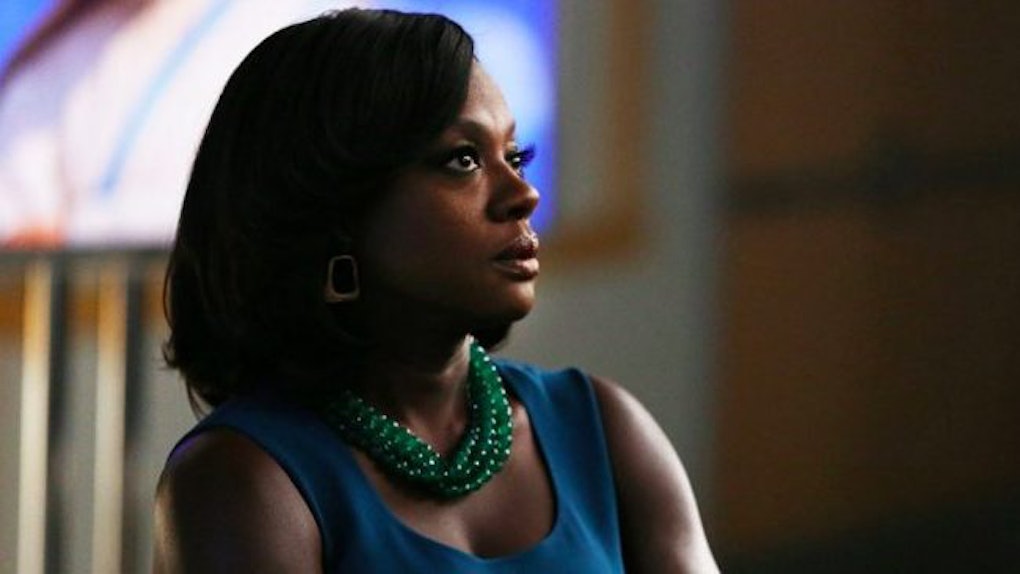 There are many things to look forward to each fall: beautiful foliage, the succulent fragrances of pumpkin spice and apple crisp, Hocus Pocus regularly airing on television, and, of course, the return to Shondaland. This year is no exception, and now that we're back to the regular TGIT schedule, there is one thing we know for sure: How To Get Away With Murder Season 4 is going to be insane. That's right, fans were left shaking at the end of last season, and new How To Get Away With Murder Season 4 spoilers show that Shonda has some crazy twists and turns in store for us this year, too.

When we last saw the HTGAWM group, they were all tangled up in the mess that was Wes's death. After half a season of trying to figure out who the body under the white sheet was, and then another half a season trying to figure out who killed Wes, one thing became clear: Nobody is safe in Shondland. Of course, Season 3 was filled with the exact type of drama we have come to expect from any Shonda Rhimes show, and, according to one of the show's creators — Pete Nowalk — we should gear up for another intense season of shocks.

Indeed, from what we've heard so far, Season 4 of HTGAWM will focus on the core characters as they reevaluate their lives in the aftermath of Season 3. In other words, they will finally try to get their sh*t together. Something tells me it's not going to work, though.

During an interview with Entertainment Weekly, Pete Nowalk revealed the theme of the upcoming season, and discussed how he thinks the characters will move forward in their personal and professional lives; the show's creator says,

I think the theme is redemption ... Annalise is definitely on a redemption tour to pick herself up. She's disgraced. As low as she's ever been. Her life is literally in ashes, so she has a long way to climb back, both in her career and her personal life and her relationships, and so, in the premiere, she's going to make a huge decision to start that, and it's going to affect everyone else in the show.

Obviously, we have no clue what that "huge decision" will be, but we've seen how Annalise's decisions have played out for everyone in the past, so I'm sure we're in for some classic HTGAWM drama as a result of this one.

Of course, now that the mystery of Wes's death is (somewhat) solved, we can expect that to affect everyone, as well. In regards to how Annalise and her underlings will cope after last season's major drama, Nowalk says,

I think it's actually grounding [the characters] all in trying to be happy and trying to make the most of their lives. Wes' death reverberates for each of them, and they all react in a different way this season, whether that means they're reinvesting in law school or whether that means they're saying, 'f—k it all,' and what's fun is that each of the kids has a very different reaction to that, and it starts the arc of the season.

Certainly, the idea that one of the core four from the show might decide to say "f—k it all" is pretty interesting, especially considering how much chaos they've all experienced over the past 2 years; nonetheless, Nowalk hints that someone might be dropping out of law school altogether this season; he says,

One way or the other, this season of HTGAWM sounds like it will be one of the most intense seasons yet. If there is one thing we can always count on Shonda Rhimes for, it's jaw-dropping twists and turns that make us wanna smash our TV screens. It's gonna be hard to be Season 3, I'm sure Shonda has some tricks up her sleeve.