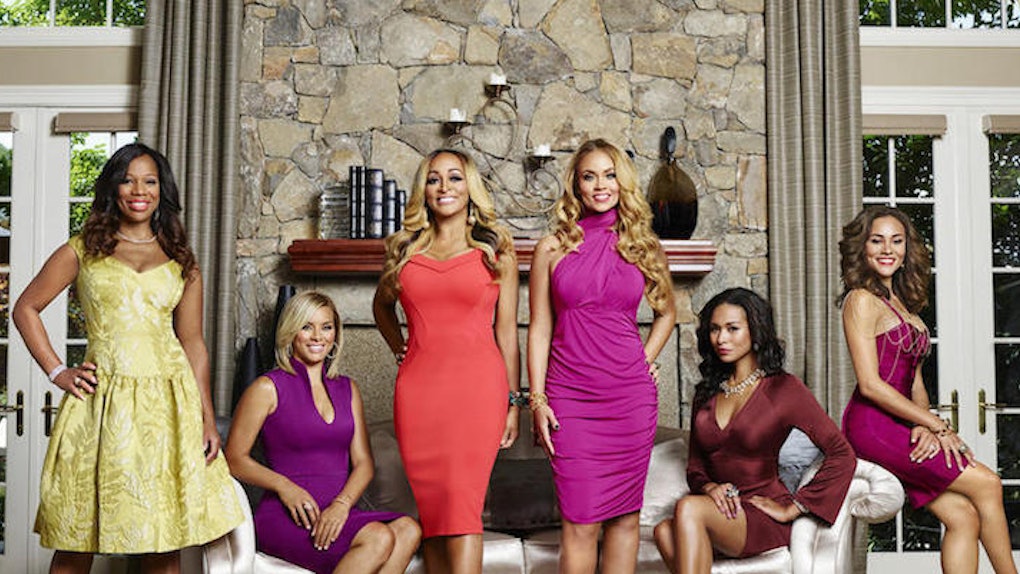 "The Real House Wives of Potomac" will be premiering in 2016 on Bravo.

Yes, they could have called it "The Real House Wives of Maryland," but Potomac is a very exclusive town.

If you don’t know anything about Potomac, I’m here to inform you it is a town that mirrors Beverly Hills behavior.

I remember when my friends and I used to joke about a series like this happening years ago when I was in high school, but it’s about time.

Here are 17 things you need to know about the Potomac social scene prior to watching:

1. If there's one thing I have learned, it’s that there would be no gossip without secrets. And if you have secrets in Potomac, they will be revealed and used against you. No secret is safe in Potomac.

2. You could relate "The Real Housewives of Potomac" to the cast of "Gossip Girl." Both are full of frenemies. Go figure that Taylor Momsen (who played Jenny Humphrey on "Gossip Girl") also grew up in Potomac.

3. Social circles and cliques in Potomac start in elementary school and never end. In fact, even when people leave Potomac and return years later, they will still be a part of the same social circle.

4. There is always enough drama in this town to last decades.

5. Potomac residents throw over-the-top parties. This includes the wealthy kids of Potomac. I would be less than shocked to hear about a massive party taking place while the Real Housewives are out filming.

6. People from Potomac usually will show up to invitation-only social events, arriving in cars such as a Rolls-Royce, Aston Martin or Ferrari. They will typically be drinking champagne in their designer dresses and talk about whose kid got into a better college.

7. A quiet night for the competitive mothers in Potomac consists of a high-stakes Canasta or Bunco game.

8. Potomac is filled with gated mansions with a full-time staff. Some even have indoor ice rinks, pools and tennis courts. They may also include 50-car garages, fully packed with cars worth $1 million.

9. By far one of the most competitive towns to live in for kids and adults.

10. The most common places to run into these socialites in Potomac are The Potomac Village, Life Time Fitness, Westfield Montgomery Mall, Congressional Country Club (which hosts the PGA), The Canal and new hot spot, the Pony Express Bar & Grill.

It was changed to "Beverly Hills 90210" because it is more familiar to viewers. However, West Beverly Hills High School’s events and classmates are very similar to Winston Churchill High School's.

13. The owner of the Washington Redskins, Dan Snyder lives in Potomac on the famous River Road.

15. Bravo could make this town into a movie with all the drama that takes place.

16. I can assure you it will be more dramatic than the flop that was "The Real Housewives of DC." Especially since these wives fought for a place on the show.

And I can promise you if something big happens in the 20854, it will be known by everyone within 24 hours.