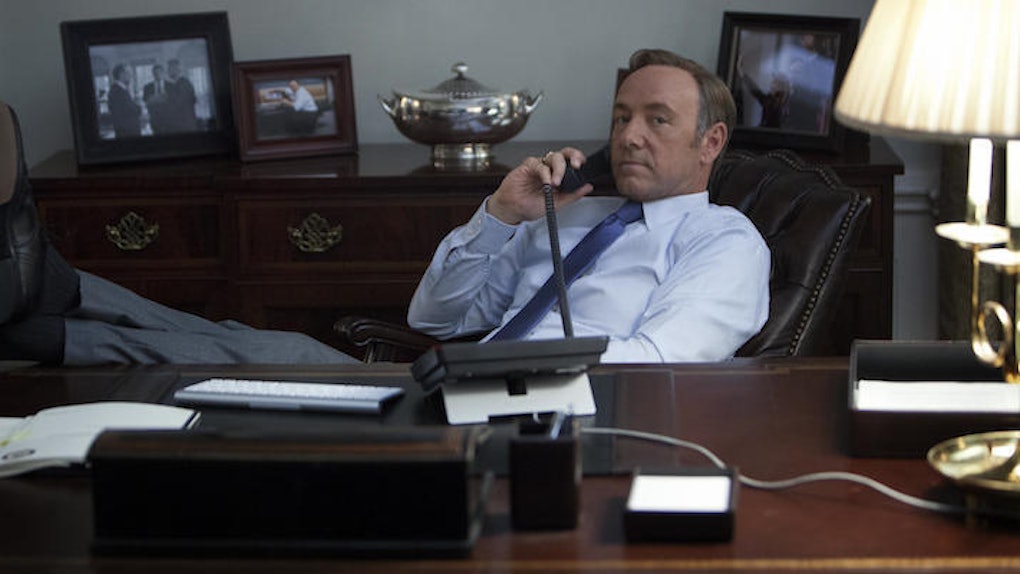 If you're like me, you binge-watched the entire third season of "House of Cards" this past weekend.

And if you did that, you may have noticed many of the shots in the series look strangely similar.

Once you realize this aspect of "HoC," it's pretty difficult to shake it while watching the show.

So, why is this the case? BuzzFeed spoke to the show's cinematographer, Igor Martinovic, to try to figure that out.

However, Martinovic basically said it is little more than a trick of the eye.

This observation does point to an interesting phenomena. The human eye tends to perceive shadows as cold and lighting sources as warm. In terms of colour, this translates into blue and yellow. With all things being equal, the white object in the shadow will appear bluish and the one in sunlight yellowish. Even though the show is full of conspiracies, this is not one of them. I can assure you that there were no secret colour scheming meetings and even if there were, I would not be able to comment on them for obvious reasons.

This might be why episodes of "House of Cards" seem to blend together more than those of other shows you're binge-watching.

Citations: Every Shot on House of Cards Looks the Same (Slate), Heres Why So Many Scenes In House Of Cards Have The Exact Same Colour Scheme (BuzzFeed)