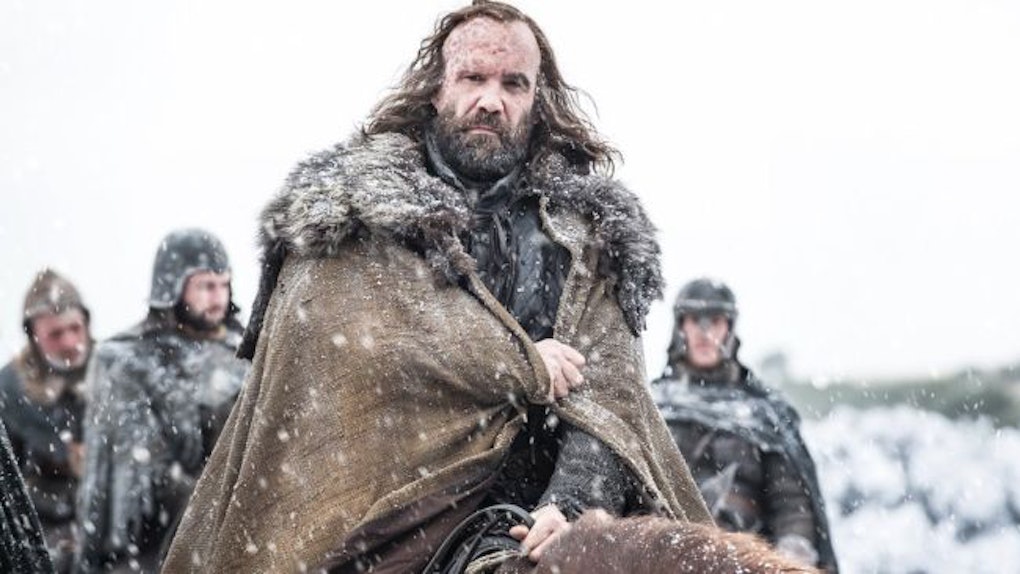 What Did The Hound See In The Fire? ‘Game Of Thrones’

A surprising character may just become a lot more important in Season 7. The premiere episode of Game of Thrones gave The Hound a religious experience, and new motivation to fight on.

While traveling with followers of the Lord of Light, The Hound was beckoned to look into a fire to receive a vision. But what did he see?

Well, from all his talk of ice, walls, and marching men, it seems pretty clear that the first scene in the new episode (following the cold open) of the White Walkers marching on Westeros was actually The Hound's vision.

So why is this a big deal? Well, up to this point, only Jon Snow, Samwell Tarly, and some other members of the Night's Watch have come in contact with the White Walkers, and everyone that they tell south of the wall doesn't believe them.

Basically, everyone else is wrapped up in their fight for the Iron Throne, when what they should be concerned about is the horde of undead ice monsters preparing to kill everyone in Westeros. Plus, now we know that the White Walkers have a giant on their side too, so like... that sucks.

The Hound's vision, though, showed him the truth about the impending threat on the kingdom, giving him a renewed purposed to fight on and a new enemy to fight against to protect the realm.

It looks like it also convinced The Hound to embrace his religious side (at least, for the moment), as he says a prayer over the corpses he and his group stumble upon in their journey. Obviously, this more prayerful side of The Hound is something that we haven't seen from him before now — but here's hoping he sticks around. At least until someone else needs their head bashed in, that is.

We'll just have to wait until next week to see if The Hound makes his way up to the wall.