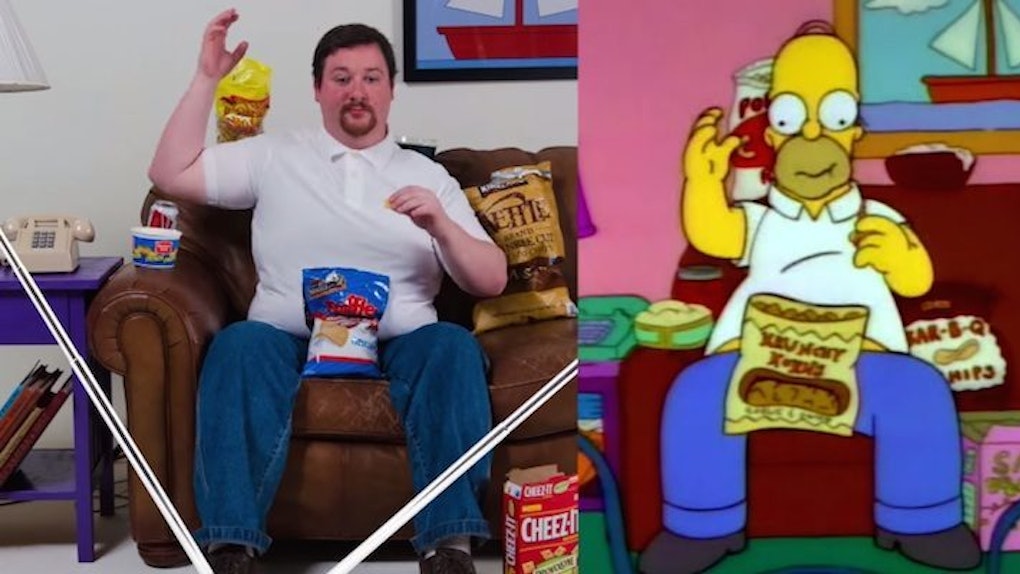 "The Simpsons" is one of the longest-running shows in television history. So, it's no wonder there are some real megafans out there.

A group of these fans got together to shoot a spot-on, live-action recreation of a famous Homer Simpson scene.

The video was made by a group of guys who run a production company in Colorado called CinemaRaven. It took them seven hours to remake the scene in which Homer eats junk food at lightning speed.

I don't know if it was necessarily worth the investment of time, but the result is a pretty cool little clip. Make sure to give it a peek up above.

Citations: This guy can do The Simpsons intro like a boss (Metro)