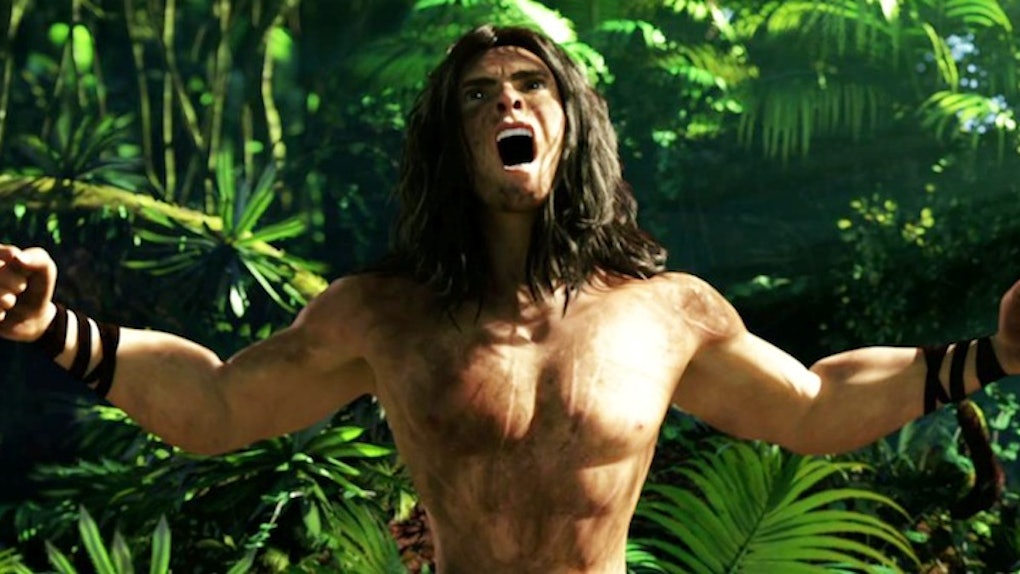 I am a child of the '90s. I had every Disney VHS tape known to man.

My parents took me to Disney World for the first time when I was 3 years old.

I cried when Scar ran away from me at Disney.

I can't help but get the feels whenever I watch a Disney movie.

They have that effect on me.

You know what also affects me?

When film studios keep rebooting my Disney classics into live-action feature films and playing around with all that is sacred.

If you have been living under a rock, Disney has announced it is rebooting "The Little Mermaid" and "Tarzan" for the next generation as a live-action adaptation, in similar vein to "Cinderella," "Snow White," "Alice in Wonderland" and "Beauty and the Beast."

I honestly am so sick of the film studios giving us an "updated" version of these classic Disney fairytales.

They are meant to be fairytales for a reason.

They're not meant to come from a "realist" perspective; they're meant to be enjoyed as warm, sad and every other spectrum of the feels rainbow fairytales.

While I do know that most of the Disney classics are based on fairytales by Hans Christian Andersen and other storytellers from centuries ago, it's the story that is presented that needs to be preserved.

While many did not know who the Little Mermaid was until Disney came along and made her a part of your world, that doesn't mean this new version needs to go back to the darker, original tale.

My biggest problem with these reboots is they are all being given the Christopher Nolan treatment.

Take a look at "The Dark Knight" trilogy. That Batman was much more grounded in reality.

It was gritty and dark and meant to put all the characters, especially the protagonist, in a moral gray zone.

Why do Tarzan and Ariel need to be in a moral gray zone?

While I do understand we live in a society that is driven by greed and the need to make a profit, why do the classics that were created at Disney need to be touched?

Future generations may only know the most recent adaptations of the films' versions of the stories, but they won't carry the same weight.

Yes, it's incredible what CGI and animation can do in the 21st century, but the Disney classics of yore were hand-drawn.

That is a work of art in and of itself.

Nothing today is purely hand-drawn. It's all digital.

By updating the classics, we are essentially wiping away the hard work of those who were pioneers and true artisans.

Furthermore, I am honestly tired of reading about rebooted and updated versions of films — especially Disney films — because it says to me that Hollywood has run out of original ideas.

The mind is the most incredible thing on Earth, yet we are going back to what we know, giving it an update and calling it a masterpiece.

That is wrong on so many levels.

My Disney classics hold a special place in my heart because they taught me about family, love, sacrifice, how to care for animals, how to have feelings, how to be considerate of others, and the list goes on and on.

They were done tastefully for all ages to understand, whether the viewer is 3 or 53.

Think about how you feel when you watch any Disney movie and tell me it doesn't recall very special moments for you.

I know that when it's my time to have children, I'm going to make sure they're properly educated, and that is supplemented with Disney movies.

Yes, the Disney classics are all cartoons, but they allow for children to be sucked in, use their imagination and learn new things.

The Disney classics should never be replicated or duplicated.

And please don't even get me started on all those terrible "straight to DVD" Disney sequels.

Each time a Disney classic is rebooted and made into a live-action film for the next generation of cinematic fans, it loses some of its novelty, its special qualities and quite frankly, its meaning.

Please, let these films be a part of someone else's world, just not mine.

PS: I pray that Phil Collins does not come back to do the score for the "Tarzan" film.