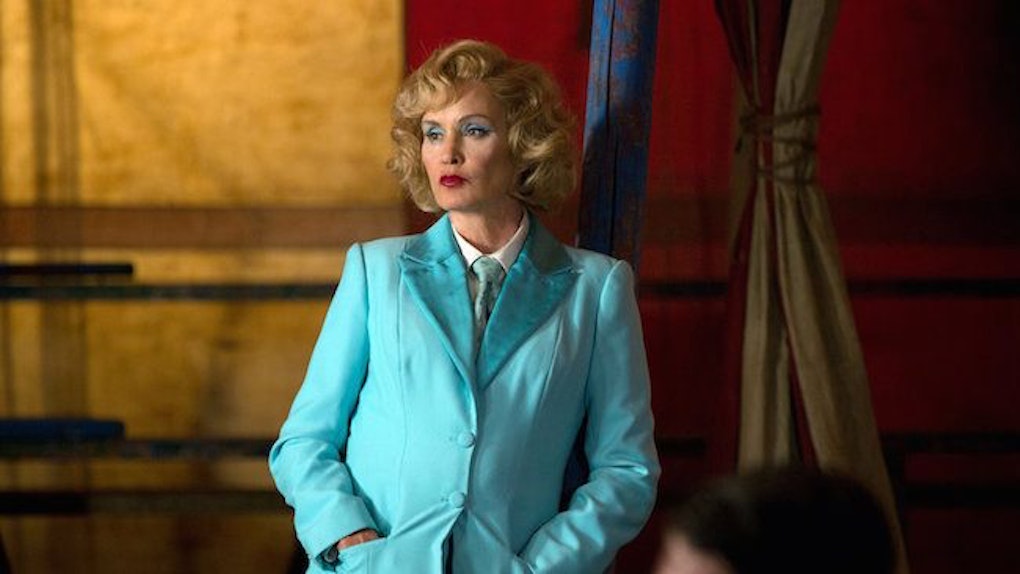 I hope you're gearing up, folks, because American Horror Story: Cult is right around the corner and your Tuesday nights are about to become much creepier (unless you currently spend your Tuesday nights outside your ex's house digging through their garbage cans, in which case they'll just be the same amount of creepy). As we prepare to launch ourselves into another ooky kooky spooky season of Ryan Murphy's sadistic series, which looks like the most f*cking horrifying chapter since Asylum TBH, it seems like the perfect time to look back on one of the creepiest, scariest American Horror Story scenes we've seen so far.

Recently, Elite Daily spoke with Mac Quayle, the Emmy Award-winning composer for American Horror Story, about his favorite moments from past seasons, how he thinks music affects the mood of the show, and his thoughts on the upcoming seventh season of AHS. Naturally, before we could get to discussing the past seasons, we had to ask the composer what he can reveal about AHS: Cult; he tells us,

It's gonna be not what people think. When I watched the first couple of episodes, I was surprised because I had... something in my mind when they were talking about the election, and this was different, and very clever.

From what we've heard and seen so far from the forthcoming season, Quayle's reaction to the story is pretty standard. While many of us were anticipating a politically charged season, recent reports and comments from show insiders have suggested the election will not be a focal point, but rather a launching point, for the season. Quayle did reveal, however, that his favorite character from Cult is Kai, who is played by Evan Peters, and I'm not at all surprised because... well... Evan Peters.

Next, we focused more on AHS's signature music. We asked Mac which scene from the show's history he feels was most changed by its accompanying music; he told us,

[T]he very first piece of music that I wrote for Freak Show... it was for a scene when Jessica Lange's character is coming into the hospital room to, for the first time, see a character known as the twins — the two-headed woman — Sarah Paulson's characters. And I mean, yeah, the music just pushed the creepiness factor way over the edge for that scene.

The scene Mac is referring to is one of the opening scenes of the fourth season. Elsa sneaks into Bette and Dot's hospital room with motivations of seeing what the hospital is keeping locked behind closed doors (it's not apparent yet, but she's looking to beef up her failing freak show); of course, the scene itself builds plenty of suspense as Elsa slowly uncovers a sleeping Bette and Dot, but the music is certainly the catalyst that takes the mood of the scene from suspenseful to downright creepy.

Mac, who is currently nominated for two Emmys for his work on another Ryan Murphy show, Feud: Bette and Joan, is wrapping up his work on Season 7 of AHS. So far, we've only heard the opening title music for Cult, but, judging by that alone, I can tell the music this season will deliver the heightened sense of terror we expect from AHS.

The first episode of American Horror Story: Cult airs on FX on Tuesday, Sept. 5 at 10:00 P.M., EST, so get ready to watch through your fingers, because Mr. Murphy isn't playing around this season.