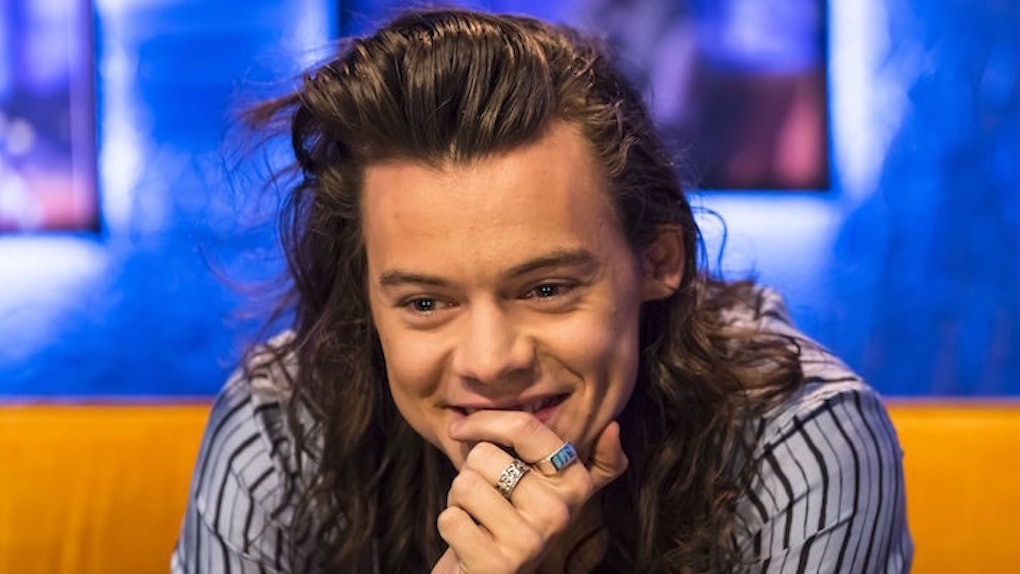 Photos of Harry Styles' fresh, short hairdo were SORT OF released, and the cut is SORT OF a letdown.

Photos of the former One Direction member have been circulating on Twitter, but the most important part of Harry's head isn't even visible.

Covered up with a newsboy cap, the singer doesn't seem ready to share his new look with fans.

What are clear are stray tufts of hair suggesting Harry didn't commit to a close crop, as many followers hoped.

Considering the level of anticipation the 22-year-old has built around this still-impending haircut reveal, the most dramatic possible transition seems like a reasonable request.

Just suck it up and chop it all off, Harry. Then, take 400 selfies and post them on Instagram within a 10-minute span. We promise we'll support you.