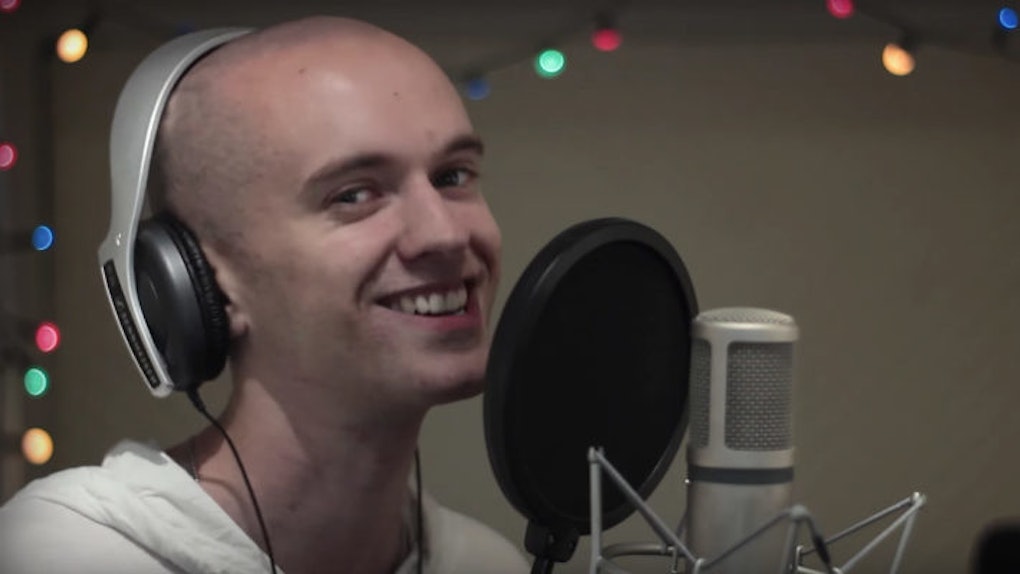 I mean, he's not bad for a Muggle.

Alex Day recently uploaded a pretty epic video of him rapping all of the spells used in "Harry Potter." It is... dare I say it... magical.

The YouTuber crafted his rap using spells like "Alohomora" and "Expelliarmus."

Sometimes, to tell a story, you have to use a little magic ...

He only made one mistake, which he said he was devastated to learn about.

Instead of using "Levicorpus," a jinx that lifts the victim up into the air by their ankle, he twice used "Mobilicorpus," a spell used to move bodies who are unable to walk, like the unconscious or maybe even the dead.

It happens to the best of us. I can't count the amount of times I have personally used "Mobilicorpus" when I so obviously meant "Levicorpus." I even got it wrong during my NEWTs.

Before he was throwing out raps about the magical world, Day racked up three UK Top 40 hits, including one for his song "Forever Yours."

It is the highest-charting single by an unsigned artist, which speaks volumes about the power of a good YouTube channel.

Citations: Someone has made a rap using every single one of the Harry Potter spells Read more: http://metro.co.uk/2016/09/13/someone-has-made-a-rap-using-every-single-one-of-the-harry-potter-spells-6126738/#ixzz4KBdTteMn (Metro)