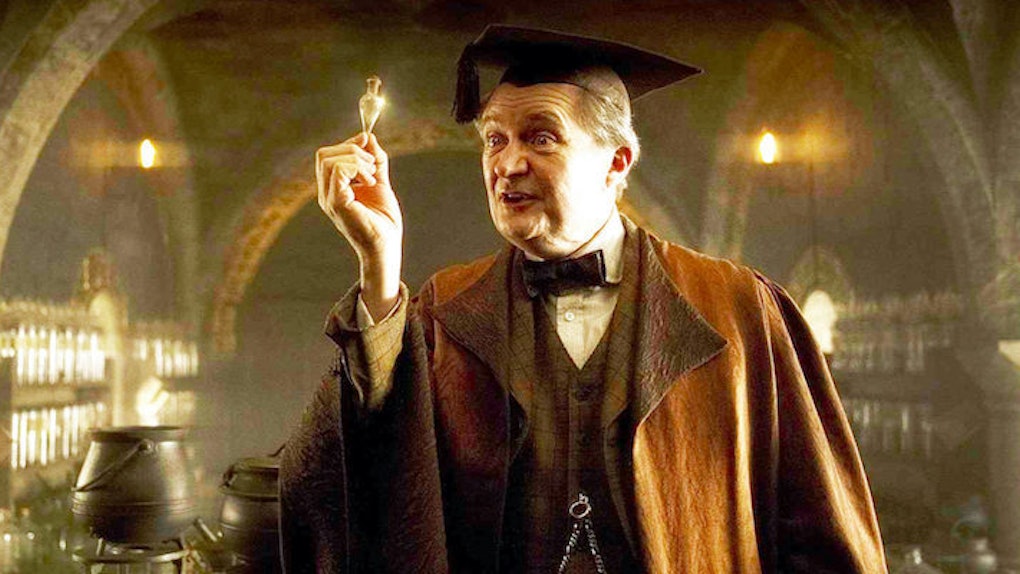 Merlin's beard, this is some excellent news!

I think we can all agree the standout performance in "Harry Potter and the Half-Blood Prince" was Jim Broadbent's portrayal of the well-connected Potions Master, Professor Slughorn.

Well, did someone cast Avada Kedavra on me? Because the news I'm about to tell you killed me (in the good way).

It is my pleasure to tell you Jim from "Harry Potter" will officially join the cast of "Game of Thrones" for their seventh season.

Yes, the GIF above is exactly how I feel about this new development. Just don't tell Cersei how to create Horcruxes, Jim.

Naturally, not much is known about the role Jim will play. All we know at this point is that it's "significant," according to Entertainment Weekly.

"Significant" is also how I'd describe the amount of tears that well up whenever I watch Jim and Daniel Radcliffe's scene in "HBP" when Harry discusses his mom with Slughorn in Hagrid's hut.

Hopefully we'll get more of a chance to see Jim than we did with Ian McShane's all too brief appearance last season.

Of course, Jim isn't the first actor to apparate from Hogwarts to the Seven Kingdoms.

And David Bradley's Filch and Walda Frey were basically the same character, and I loved it.

Heck, the hall of the Red Wedding even looked like Hogwarts.

Ciarán Hinds not only played Aberforth Dumbledore, he played Mance Rayder as well.

Congrats, Jim! I hope you're celebrating with copious amounts of butterbeer.