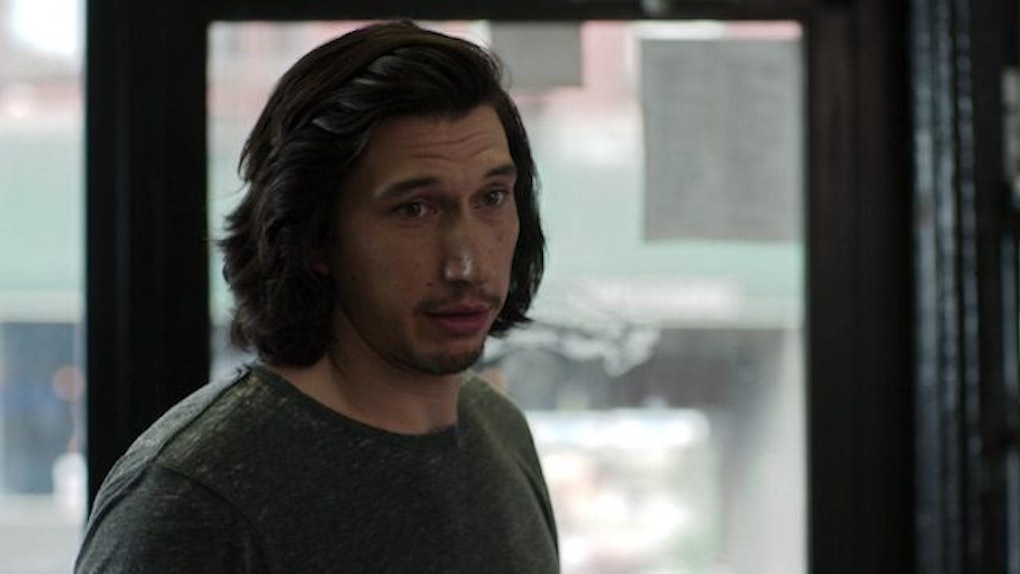 You almost had us for a second.

After last week's episode, fans of the show worried Adam and Hannah would find themselves back in love in time for the finale. That's bullshit.

The idea the same show whose capsule episode about sexual assault recently launched a thousand think pieces would also neatly tie up the series by landing its pregnant heroine back in a flawed relationship with her ex-boyfriend struck many as disjointed and disheartening.

The history between Hannah and Adam, though, remained somewhat open-ended until this week -- so why not address it head-on?

Adam tells Jessa he has "to explore" the option of fathering Hannah's baby because his "higher power or whatever is pushing [him] to look" and rushes to find Hannah loading up on popsicles at her local bodega. There, he begs her to let him raise her child with him.

Hannah puts up a small fight. She refuses to step outside, telling Adam anything he has to say to her he can say in front of the bodega owner, Amir, because, "He is my close friend."

After Adam's heartfelt appeal, however, Hannah is back on board and the two of them are having quiet, midday sex and talking to the baby in her belly like all adorable young parents do.

Adam calms Hannah's fears of being a bad mother, keeps her from ingesting harmful preservatives, takes her shopping for baby gear and vows to build a crib himself.

Jessa, meanwhile, wanders around at home unhinged. She calls and harasses the cable provider then rushes to the toilet to puke.

She stops into a nearby bar, but orders only a seltzer before beckoning a stranger into the bathroom for anonymous sex. This time, though, it's nothing like her season one anonymous bar bathroom sex.

Then, she was dodging an abortion and we were seeing just how free-spirited-and-loving-it she was. Now, the stranger is not some young hottie but a creepy old corpse with a neck tattoo.

She left her season one encounter thrilled to discover the freedom of getting her period and dodging consequence. She leaves this one sobbing on the tile.

All season long, Shoshanna has been the one Girl who seems to understand Ray, but there's suddenly someone who gets him even better than she does.

Ray and Shosh run into her former boss, Abigail (Aidy Bryant is back and I wish she'd been here all six seasons), who shares Ray's interests and his fascination with the psychology of the people he interacts with.

She's almost like a warmer, less fearful version of him, which is perfect when it comes time to finish his late boss Hermie's project. The two wander around Brooklyn, interviewing its residents about the city's past, and eventually share a brutally awkward kiss on a carousel.

It's all perfect and picturesque for Hannah and Adam, too... until it isn't.

As they sit across from one another in a diner booth, methodically listing the tasks they'll have to complete before the baby arrives, Adam mentions it may be easier for them to get into the artist housing he applied for if they're married, so "it might help if [they] did that."

As the daydream shatters around them, the pair cry discreetly in their seats, realizing their future family was nothing more than a well-intentioned hypothetical.

Adam runs back home to Jessa and Hannah lies in bed, wide awake from the heat.

Elijah: Oh God, we're gonna die like those old people in Queens on New York One! I'm too pretty to go to a cooling station!

Hannah: I'm starting to think I was a little naive thinking this was all gonna be so simple. Elijah: Oh, God. Hannah, this is gonna be a real mindfuck for me if you want to get an abortion right now. Hannah: What? Elijah: I mean I'll do it. I think there's about two doctors in America that will do it at this stage in your pregnancy but I'll find 'em. Hannah: I'm not getting an abortion, Elijah. I'm having feelings. It's different. Jesus Christ.

Hannah: And also, if you're looking for permission to make a sequel to your movie that depicts me as like Brooklyn's own Zelda Fitzgerald, minus the talent and the cool, funky hair, then, I'm not gonna cosign on that. Why don't you try casting someone who vaguely resembles me and has my gravitas next time.

Adam: Why do you want a baby? Hannah: … You know when you're a little kid and you're not ready to have a sleepover? Yes. And it's, like, kindergarten or first grade and sleepovers are, like, all the rage and everyone's doing it every Friday and Saturday night and you're just like, 'No, I can't. I need to be with my mom. I need to have my own sheets. I need to have my own toilet. I can't. And then one day someone asks you. They're like, 'Would you want to sleep over on Friday?' and you're like, 'Oh my God. Not only am I ready, I have to be there.'