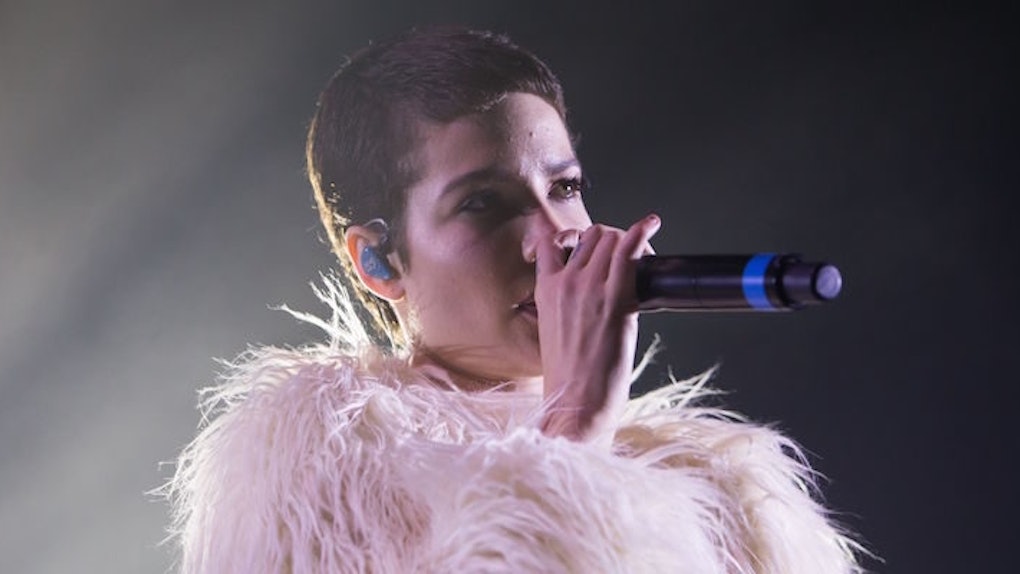 Halsey's Powerful Message About Self-Love Will Give You Serious Chills

Halsey is continuing to spread her message of love around the world.

On Thursday night, the 21-year-old performed at Festival Pier, a summer-long musical festival at Penn's Landing in Philadelphia.

First of all, she crushed it, but second of all, she sent an important message of love and acceptance to the crowd with her song "New Americana."

The lyrics of the song tell the story of a young man who realizes he's gay, among other things. At the end of her performance, a projection of a rainbow flag with the words "Send Love" appeared behind her.

For a limited time, shirts with the "Send Love" message were available for purchase on Halsey's website, and all proceeds went to the OneOrlando fund. The organization provides financial support for those affected by the tragedy.

specially for you Orlando 100% of the proceeds go to support the families of the victims of the Pulse tragedy. pic.twitter.com/NG6rF75NGT — h (@halsey) July 6, 2016

A quick look at the website shows the shirts are no longer for sale, but it's clear Halsey is continuing to support the LGBT community through her music.