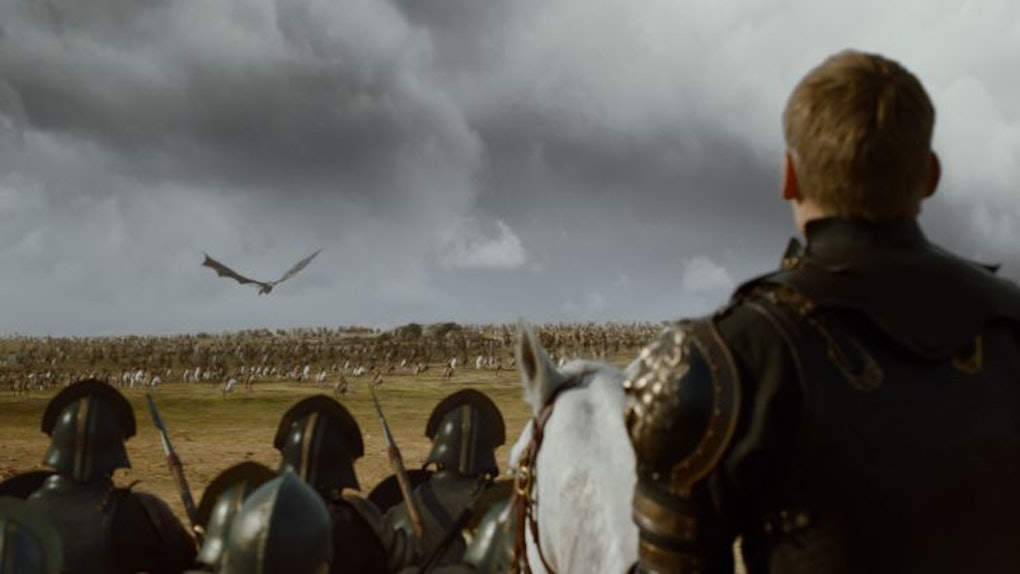 Will Dragons Recognize Jon Snow? This 'Game Of Thrones' Theory Could Be A Game-Changer

One of the most hotly anticipated meetings this season on Game of Thrones was the first face to face between Daenerys Targaryen and Jon Snow. That came in the third episode, with a confrontation of two stubborn rulers, each demanding the other do as they want. But there's a second meeting at Dragonstone we're looking forward to: When Jon Snow gets to meet Dany's dragons. We the audience know his true parentage. But there's an important question: will dragons recognize Jon Snow?

Do dragons recognize Targaryens when they see them? This is a question that we don't know the answer to, unfortunately, partly because dragons died out when they did. Prior to dragons ceasing to be born, the Targaryens had a tradition of laying the unhatched dragons egg in the cradle with the newborn Targaryen they wanted them bonded to, so that there was a pre-disposed affinity between dragon and rider.

Because of this, we don't know if dragon's nature inclination is to Targaryen DNA or because they were trained to have it. But these three dragons were not lain in Dany's cradle, (or any Targaryen babe's bed.) She hatched them as an adult, with no prior prolonged skin exposure to Targaryens when they were eggs.

Now we do know that Drogon and Dany had a natural affinity for each other from the getgo, which is why it's not surprising she became his rider. We also know that when Tyrion went down into the catacombs of Meereen to visit Rhaegal and Viserion, both were, if not exactly cordial, at least tolerant of his presence. This suggests they at least recognize when someone is being respectful of them. (Though some argue it's proof Tyrion is a Targaryen.)

But Jon is a Targaryen, even if he doesn't know it. Will the dragons recognize him, smell it on him, somehow.... know him?

There is a suggestion that the dragons do know Targaryens and their kin in the books. Qaithe, a character who's part was severely reduced on the TV show to a single meeting in Qarth in Season 2, visits Dany in Meereen, and then again on the Great Grass Sea before the Dothraki come to take her hostage, giving her cryptic warnings as her path goes astray.

Alone on the Great Grass Sea, she looks at Dany and says: "Remember who you are, Daenerys, ... The dragons know. Do you?"

Jon may not know who he is, but the dragons might. How will Dany react if they do?