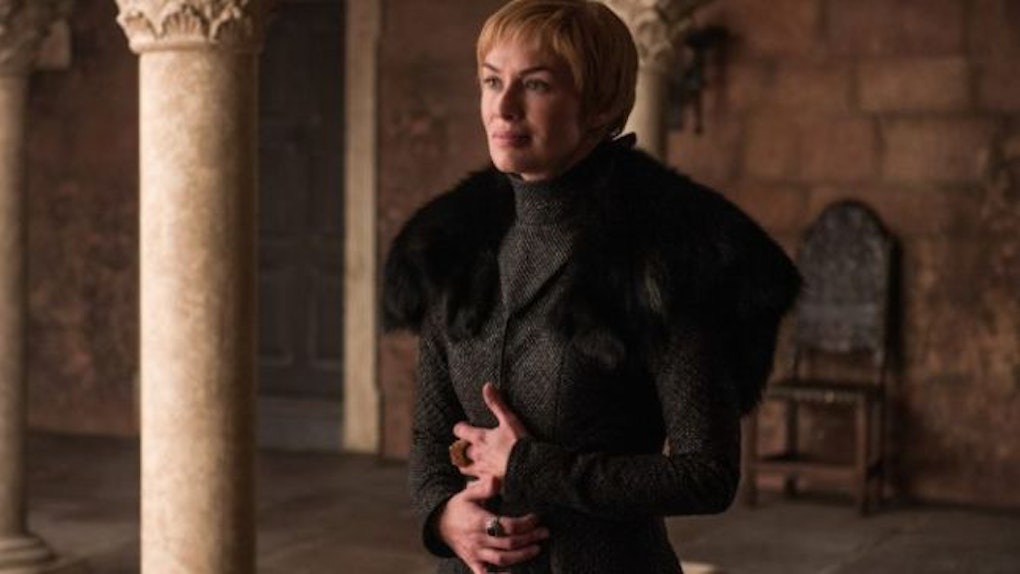 Is Cersei's Pregnancy Fake? This 'Game Of Thrones' Theory Has Us Convinced

Game of Thrones Season 7 finale's was the longest episode to date for the show, and one filled with a couple of hairpin twists and turns during the 80 minute run. One of the fastest moments of whiplash came in King's Landing as Cersei went from agreeing to not agreeing to agreeing to betraying Dany and Jon's combined forces and their fight in the north. But with all this lying and deceit, fans are starting to wonder: is Cersei's pregnancy fake too? Or is that the one thing she's telling Jaime the truth about?

Ever since Cersei's announcement to Jaime that she was carrying his child, there have been many who are suspicious of sudden good fortune. After all, Maggy the Frog told her, back when she was a girl, that she would only bear three children. So why is there now a fourth, magically here? Was it all a plot to bind Jaime to her tighter?

Or is pregnancy, and children, the one thing Cersei isn't able to lie about? In the post-episode "behind the scenes" clip on HBO Go called "Inside the Episode," the showrunners Benioff and Weiss breakdown how much of Cersei's work in the finale is an act.

One of the major moments that we thought was a slip up, but was actually deliberate, was Cersei's "hand to belly" motion in front of Tyrion. We, at the time, thought it was unconscious, and that she had accidentally revealed to Tyrion that she was with child.

But according to the show, that move was deliberate. She wanted Tyrion to know she was with child, because she wanted a reason to appear to "change her mind" and support Dany and Jon's mission. That way they wouldn't see the betrayal coming later.

But if Cersei is willing to use the idea that she's pregnant to manipulate Tyrion, how much is it a stretch to then say she's faking the entire thing? Especially since she dismisses Jaime as "the dumbest Lannister." He'll fall for anything she tells him, up to and including that she's pregnant.

We'll find out how real the pregnancy is when Game of Thrones returns for Season 8.