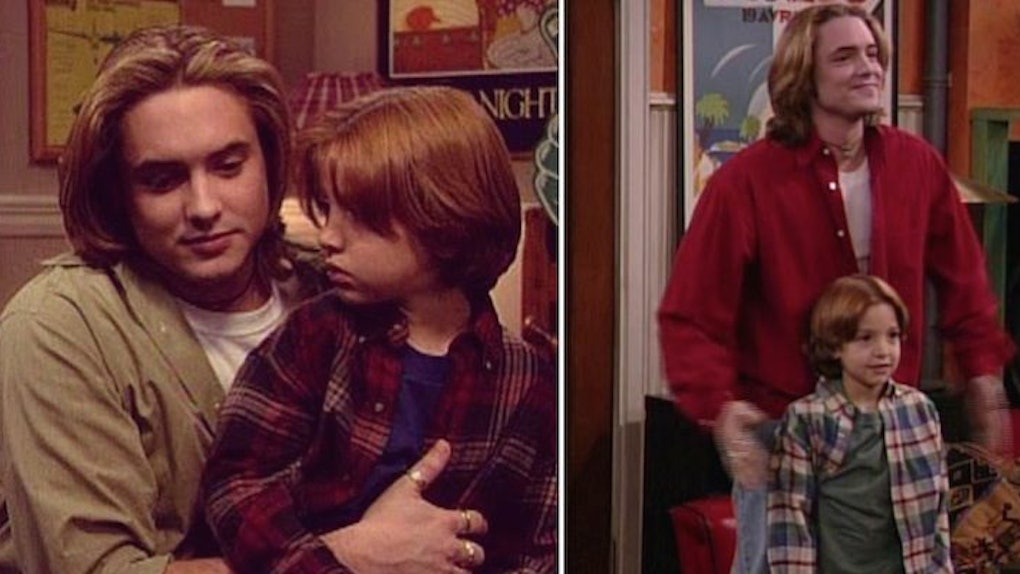 Grab the tissues, 90s babies. This clip from a recent episode of “Girl Meets World” will hit you right in the feels.

In the July 10 episode of the “Boy Meets World” reboot, Eric Matthews unexpectedly reunites with a close friend from his past: Tommy, the young boy he'd taken under his wing and nearly adopted almost 20 years ago.

The episode follows Eric, a newly minted politician, as he travels to Washington for a debate.

There, he teams up with several young professionals to plan his senatorial campaign and runs into one political blogger named TJ.

Near the end of the episode, TJ reveals himself to be little Tommy, and Eric flashes back to years prior, remembering the young boy he once grew close with.

TJ thanks Eric for having the strength to give him to the family in California all those years ago, and the two embrace as Eric marvels at how much his younger friend has grown.

If you grew up with "Boy Meets World," this clip will bring back memories -- and nostalgia.