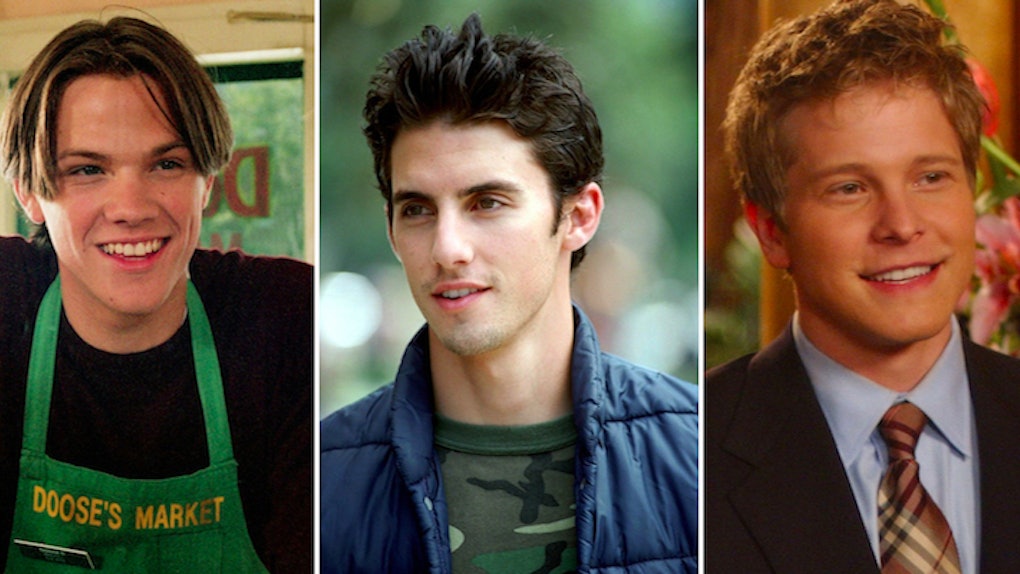 'Gilmore Girls' Fans Voted Which Of Rory's BFs Is Their Fave

Guys, we're in the middle of an extremely divisive election season.

Wait, did you think I was talking about the prospect of choosing between Hillary Clinton and Donald Trump?

No, I was talking about whether or not you're on Team Dean, Team Jess, or Team Logan.

While this has been a subject of debate amongst "Gilmore Girls" fans for years, we now know if an election were held today which one of Rory's triumvirate of boyfriends we'd like her to be with.

The fine folks over at the social media network Yik Yak polled Millennials about Rory's beaus, and the result was clear.

In second place, was the bad boy with a soft, poetic side. Here comes Jess with 34 percent of the vote.

Let's be real though. Jess was so whiny and temperamental so it's no surprise he came in second. (Cough, Team Dean for life, cough.)

Then, there was Rory's boyfriend from Yale, Logan, who earned 20 percent of the vote.

Logan sucks. A lot. Don't talk to me about Logan. Based on this poll, he's the Gary Johnson of this faux election.

In fact, Dean was the top choice in 28 states. You hear that Jess?

NOBODY APPRECIATES YOUR MOODINESS, PAL.

So, where do you all stand with this poll? Are you upset?

Is anyone I know on Team Logan? If so, WHY? He was such a dick. And don't get me started on his hair!

Personally, I want to thank Yik Yak from the bottom of my Stars Hollow-loving heart for creating a poll that put to rest this great debate.

Now, can we finally have Dean and Rory get together in the revival?