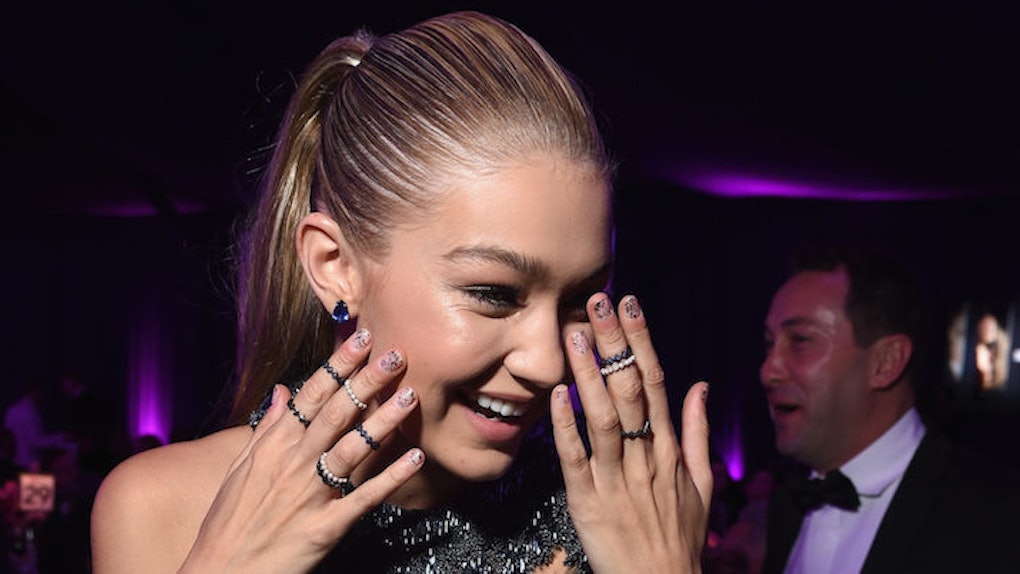 If the lock screen of your phone displays a picture of a massive Voodoo Doughnut or your best friend mid-sneeze, then you're definitely not Gigi Hadid, and your life is a little sadder for it.

Gigi Hadid's lock screen -- as evidenced by photos taken at Paris Charles de Gaulle Airport on Tuesday -- is all about Zayn Malik. (Disclaimer: Our news team cannot decide if these photos are Photoshopped or not.)

Yes, OK, Gigi and Zayn haven't officially announced their outrageously beautiful union, but you don't lock-screen a black and white photo of your sexy guy friend and parade it past paparazzi while wearing heart pants without suggesting something to fans.

Sadly, reality suggests both these beauties are taken.