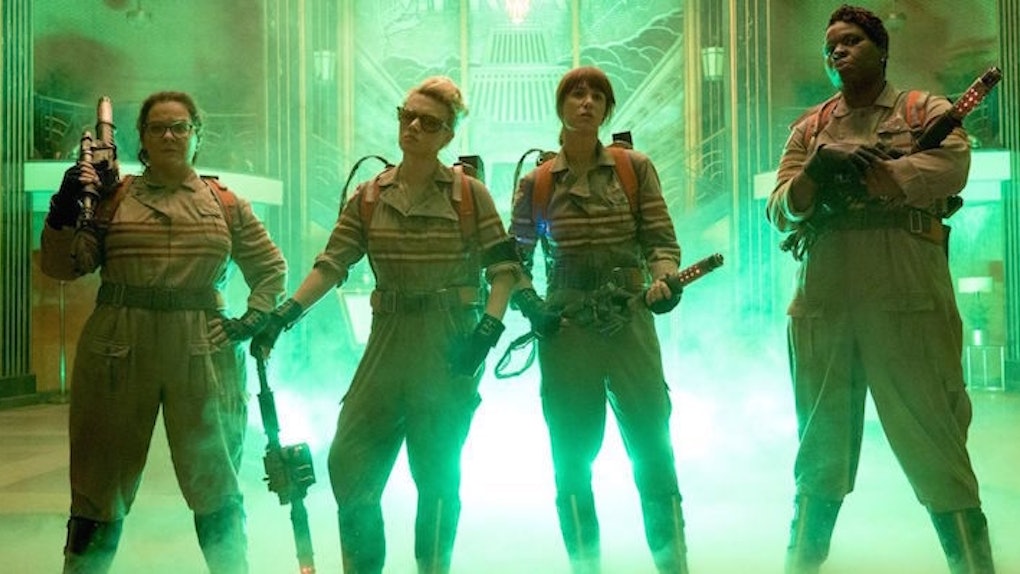 I ain't 'fraid of no ghosts! Ghosts are, however, absolutely terrified of Leslie Jones.

Watch the new #Ghostbusters trailer now, and see it in theaters July 15. https://t.co/Y2HjHrBMET — Ghostbusters (@Ghostbusters) May 18, 2016

We're a little under two months away from “Ghostbusters” coming back to theaters, and I've never been more angry at the concept of time. I've wanted it to be July 15, 2016 since the movie was announced.

The project itself has been a point of controversy for a while. Paul Feig opting for an all-female ghostbusting squad -- sans uber-hunky Chris Hemsworth, who serves as eye candy throughout the trailers -- infuriated the standard cast of Internet man-trolls who saw the mere implication women could fight the undead as an affront to the general concept of penises.

Pair that feeling with a lackluster first trailer, and it became very clear the movie had a larger uphill climb than originally anticipated.

The movie's second trailer makes up for all of that. It's great. It captures everything the first trailer was missing, like Slimer, and I could honestly listen to Leslie Jones yell at people on repeat all day.

Twitter seems to be loving the new trailer as well.

Don't worry, though! There are still terrible, hypersensitive bros having their childhoods ruined by the movie.

This tweet kind of sums up how we all feel about this.