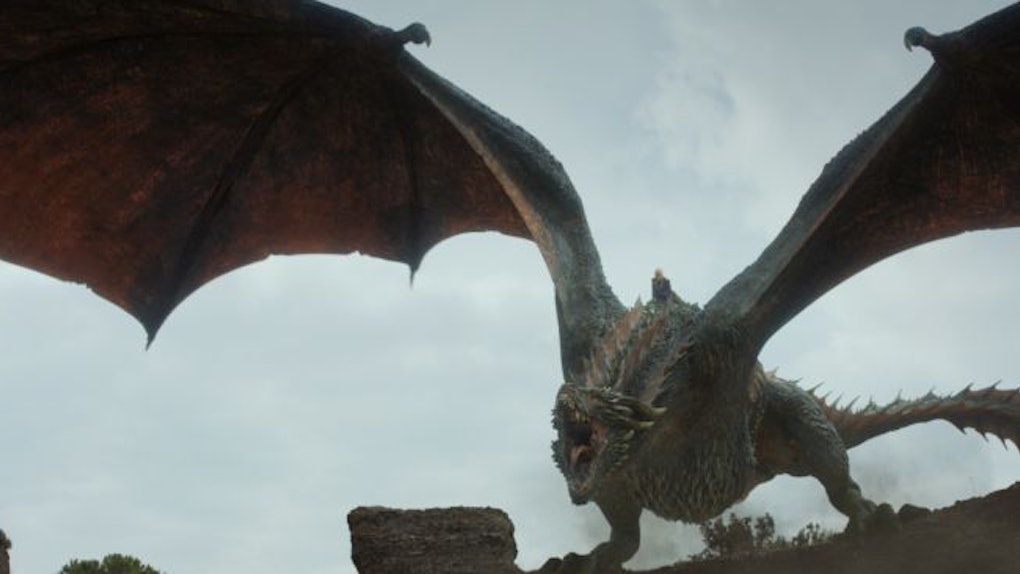 'Game Of Thrones' Season 8 Will Probably Air In 2019, According To HBO Programming President

As Game of Thrones Season 7 recedes in our rear-view mirror, the long night comes, and now our watch begins. Already fans are demanding any information there is to be had about Season 8. Sadly, the answer is "not much yet." The scripts are done, and the design teams are starting to work on creating the sets for another year. But with filming not starting until October and running longer than any before it, HBO is broadly hinting that Game of Thrones Season 8 will probably air in 2019.

Sources tell The Hollywood Reporter that filming for Season 8 is going to run much longer than ever before. Previous seasons have all run about six months or so, with a couple of months post-production. Word is now Season 8's filming schedule could run from October of this year all the way until August of 2018. With that kind of timeframe, HBO will most likely push back the premiere of the last six episodes until 2019. Let's break down why.

Game of Thrones is a show with many firsts to its name, from the scale of production to the price of episodes to the worldwide simulcast distribution, and even into things like the piracy numbers. But of these, there are only two that HBO really cares about: audience growth and Emmy count.

Game of Thrones is the only show in the history of television to have continuous sustained audience growth for all seven years it's been on the air. Take a minute and digest that. No other show has ever grown in popularity consistently for that many seasons in a row, not even during the expansive growth spurts of television in the 50s and 60s.

Moreover, Game of Thrones is doing it in a time of television audience drop off. In the 2016-2017 television season that just ended, across the Big Five networks (CBS, ABC, FOX, NBC & the CW) only one -- count 'em ONE -- returning show had positive audience growth. It was The Bachelor, and it grew by barely 3 percent.

One of the reasons for the huge jump in viewership, of course, was the move to the dog days of summer, where Game of Thrones had almost zero competition. The few times it did have direct competition were ones where it broke records, including the premiere (against Twin Peaks) Episode 4 (against Sharknado 5) and the finale (against the VMAs.)

To continue this climb, HBO would most likely want to put Thrones again in a place where the competition is least likely to detract from that number, which would suggest Summer 2018 next year, no?

But that brings us to:

Game of Thrones, with two more seasons to go Emmy-wise, is the most decorated show in the history of television. It holds the record for most Emmys won in a single season, 12 in all for Season 5, smashing the previous record holder, The West Wing, which had nine in the first season. It also broke the record for most Emmys won by a Drama Program over the course of the full run in Season 6, with 38 wins, again smashing the record held both by The West Wing and Hill Street Blues, who were tied at 26.

This year, that count will not budge, as putting Season 7 in the dead of summer meant it premiered after the Emmy nominations for the year were closed. This may seem like not such a big deal on paper, Season 7 will simply win those Emmys in 2018.

But remember that in two weeks when the Emmys air for the 2016-2017 season, and everyone on Twitter keeps asking where the Game of Thrones nominations are. Moreover, can you imagine the show airing their final six episodes next summer, only to have the Emmys for the 2017-2018 season come along a couple of weeks later...and the nominations that Game of Thrones has are all for Season 7?

This will never do. HBO needs Season 8's Emmy year to be a victory lap, not some weird holdover that airs 13 months after the show has ended, and we've all moved on to the next big thing.

Winter Is The Solution

So where can HBO put Game of Thrones where it still has a relatively competition-less field to help juice those final audience numbers, but still air in a timely manner to join the 2019 Emmys not as a holdover? Winter, of course.

Back in the days of Downton Abbey-mania, PBS was asked why they insisted on holding the episodes to air in the US in January, instead of right after they aired in the UK in September/October. Their response: Why would they air Downton in September/October when the competition was fiercest when they could hold it until January and have everyone tune in?

Money says that HBO execs will feel the same.

In fact, looking at 2019 dates, I would predict now that the date we'll see Game of Thrones last six episodes premiere is Sunday, January 6th, 2019 at 9 p.m. Mark your calendars now. Hopefully all those stores Sansa has laid away will tide us over for the long 18 month wait.