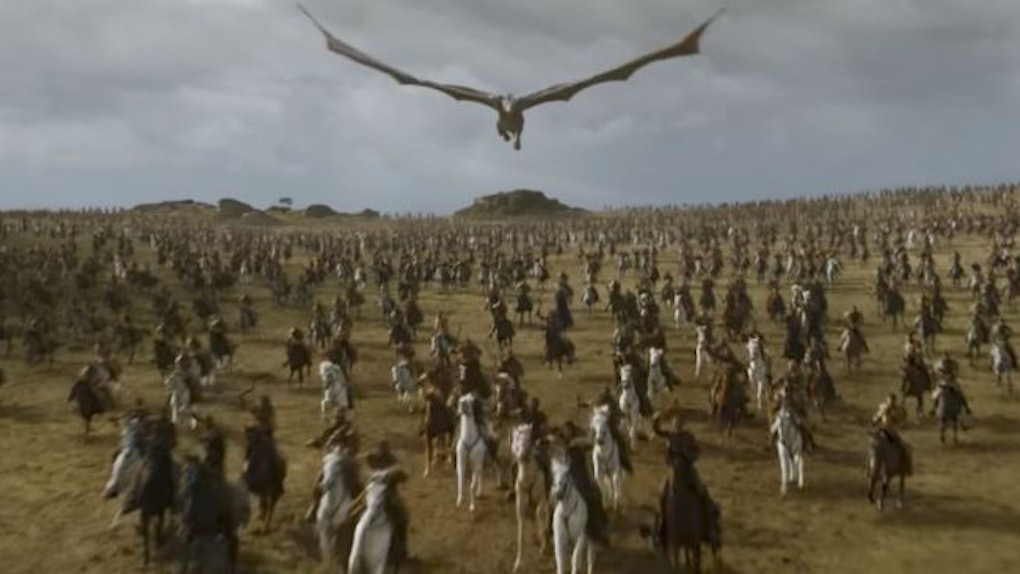 Game of Thrones has discovered summer is the best time to air winter.

Last night's Game of Thrones premiere shattered records previously held by the show, with a 10.1 million rating on "the linear channel". (That's a fancy way of saying those who watched the live broadcast on HBO main channel at 9 p.m., all old-school appointment-television like.) That's up from last year's record rating of 8.9 million which was what the Season 6 finale scored.

Adding in all the DVR views and those of us who watched on HBO Go and HBO Now, the episode drew 16.1 million viewer total. That's an incredible 50 percent increase from the Season 6 premiere in 2016, as well as the highest number of people streaming a single episode all at once across both HBO Go and HBO Now. Perhaps we should be thankful the streaming services held up as well as they did.

Not only that, this episode is now the record holder for "The Most Watched HBO Season Premiere Ever."

The enormous audience growth for the premiere episode from year to year is also extra-eyebrow raising because last year's premiere was in the middle of the Spring Peak TV season when traditionally more viewers tune in than they do in the summer when vacations and getaways can distract audiences.

But maybe not. After all, what else is on right now on Sunday nights, other than the Twin Peaks revival?  If Game of Thrones had aired in their usual slot, they'd have been up against American Gods, Fear The Walking Dead and several other peak TV offerings. The choice to air in the summer, when there's almost zero competition, may have in fact contributed to the massive audience doubling.

Season 6 is currently the most watched HBO season on record. But with Season 7 starting off with such amazing numbers, even with only seven episodes instead of 10, we could see that record knocked down by the end of August.