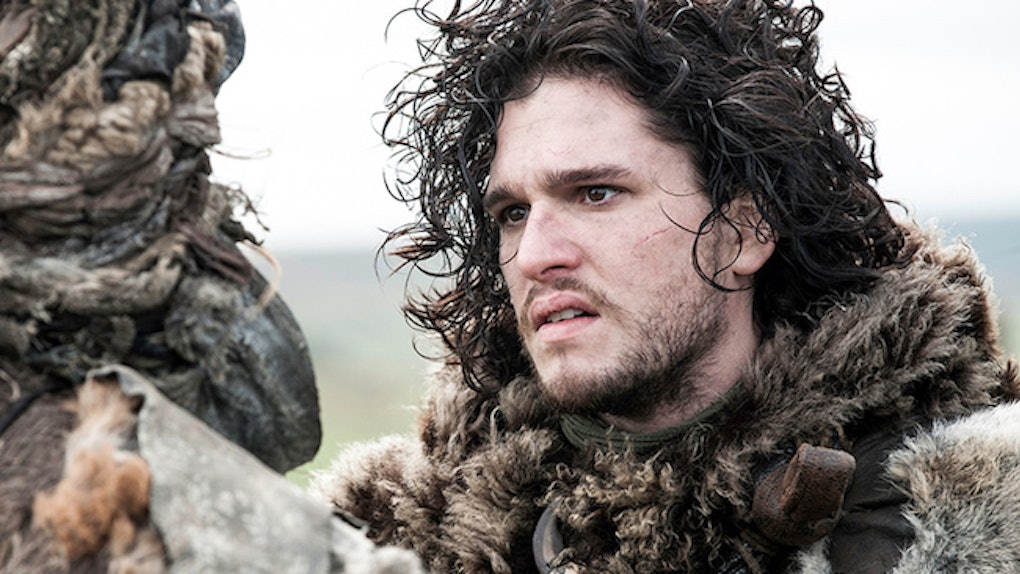 Reactions to Sunday night's "Game of Thrones" episode ranged from shocked to extremely shocked. If you don't want spoilers, what the heck are you even doing reading about this show right now?

So, let me just formally warn you, THERE ARE SPOILERS AHEAD. Even this tweet says so.

If you've been living under a rock or just totally steer clear of modern pop culture, you probably haven't heard about this guy named Jon Snow and what happened to him in "Game of Thrones" season five.

Long story short, Jon Snow, played by actor Kit Harington, got killed in a pretty rude way. I remember literally standing up and leaving the room when I saw him die; I was that surprised.

Well, in the most recent episode of season six, there was a moment when I would have done the same thing were it not for the pizza demanding my attention in front of me. This moment was so epic, so large -- it was as big as Daenerys Targaryen's biggest dragon, and that thing is enormous.

Did Jon Snow stay dead or did he somehow miraculously return to the living? I think I'll let you judge for yourself exactly what happened from the explosion on social media that followed.