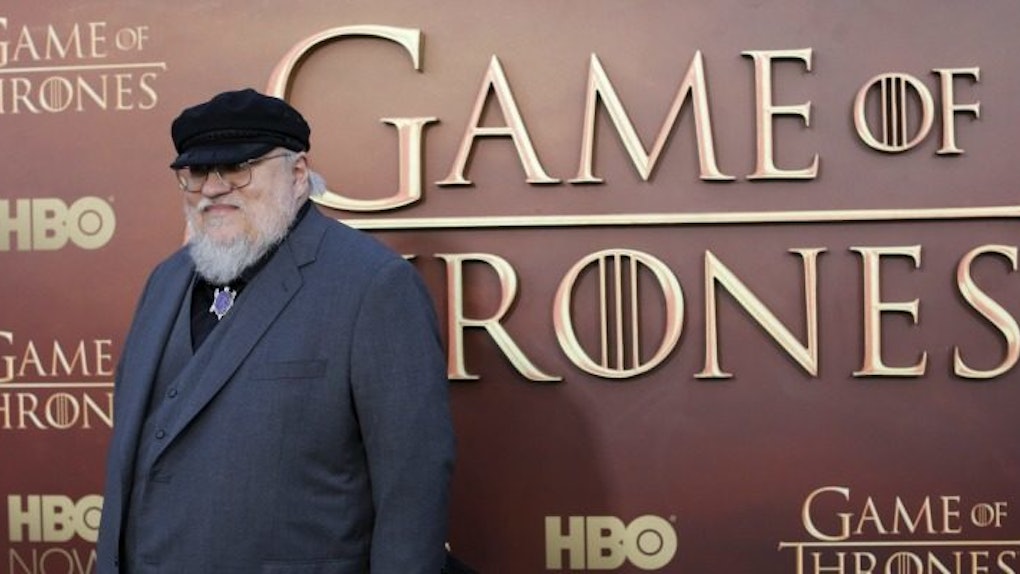 If you're among the many who are still having major meltdowns due to the fact there are only 13 episodes left of "Game of Thrones," I have some really, really great news.

No, season seven of "Game of Thrones" isn't going to get a sooner air date. No, we won't have more than 13 new episodes of "GoT."

But, according to reports, what we could have on our hands is a whole new television series derived from the mind of George RR Martin, author of "A Song of Ice and Fire," the inspiration for HBO's "Game of Thrones."

In the GRRM-edited series, "Wild Card" is apparently a virus that hits earth after World War II and turns humans into "Aces" (superheroes) or "Jokers" (monsters).

I mean, doesn't this kind of scream George RR Martin? You just know this is going to be the next "Game of Thrones," and that news makes this the best Monday ever.

It is a universe, as large and diverse and exciting as the comic book universes of Marvel and DC (though somewhat grittier, and considerably more realistic and more consistent), with an enormous cast of characters both major and minor.

However, GRRM, being the master tease he is, reportedly added of the proposed "Game of Thrones"-type hit,

Of course, Hollywood is Hollywood, and nothing is ever certain in development. But I think I hope I cross my fingers that the 'Wild Cards' will be coming to your home screens in the next year or two.

Hopefully, those final two seasons of "GoT" will hold us over until then.

Citations: Another George R.R. Martin universe may be headed to television (Mashable)