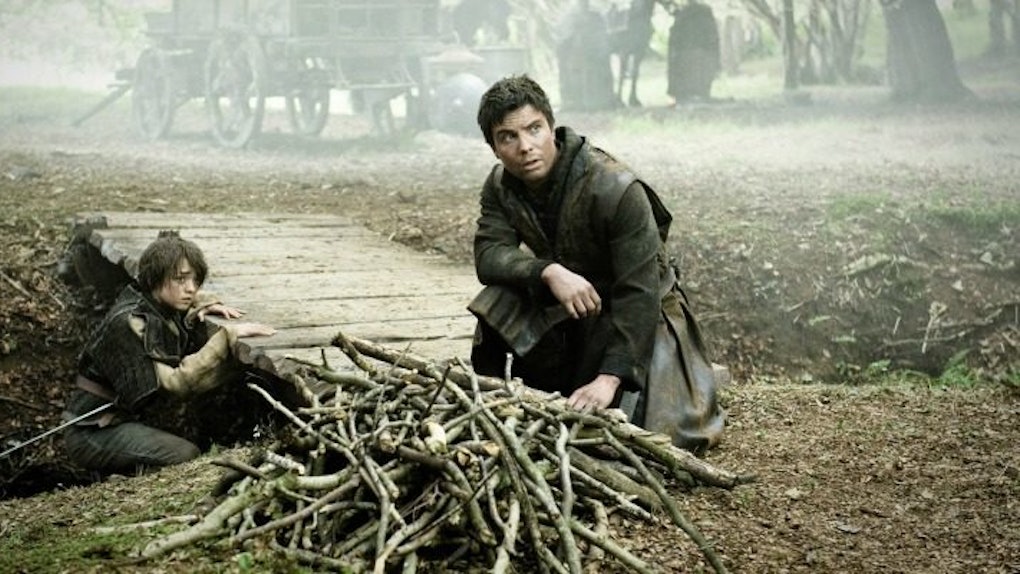 Gendry May Come Back For Season 7 Of 'Game Of Thrones'

The night may be dark and full or terrors, but one of the longest-running jokes on "Game of Thrones" has been the notion everyone's favorite bastard, Gendry, is still rowing that damn boat we last saw him in during season three.

Well, it appears Gendry may have finally reached dry land. According to reports, it appears Joe Dempsie, the actor who plays Gendry on "Game of Thrones," was seen by a fan at George Best Belfast City Airport in Ireland.

So, what does this mean? If you do a little research, you'll discover "Game of Thrones" is filming the seventh season in Ireland, which has led everyone to come to the same conclusion: Gendry is going to be in season seven of "GoT."

This also means one of the internet's favorite memes could finally be coming to an end.

Earlier this summer, we reported on Gendry's possible return to "Game of Thrones" based on a slew of quotes from Joe Dempsie. He said,

I'm as in the dark as anyone else. It's a bit of a loose end, and they don't make a habit of leaving them untied — and actually as the series has progressed, the more 'forgotten' characters that have returned, the more Gendry sticks out like a sore thumb.

Speaking with Digital Spy, Dempsie also intimated how badly he wanted to return to Westeros, saying,

There's a lot of unanswered questions about Gendry and the longer it goes on, the more obvious his absence becomes. I mean, God, the amount of flippin' memes I get sent on Twitter… whether they'll bow to that pressure or not, I don't know. But fingers crossed, because it'd be lovely to go back.

We're still quite a while away from the premiere of season seven of "Game of Thrones," but considering there are only 13 episodes left of the HBO hit, I wouldn't be surprised to the see the action begin with the opening scene.