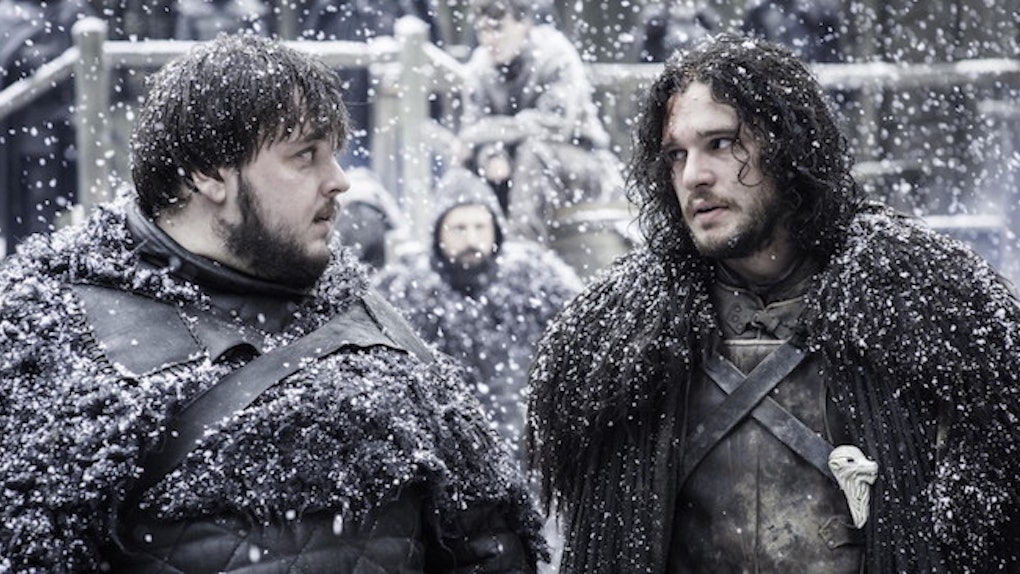 What Is Dragonglass? Sam Writes To Jon Snow In 'Game Of Thrones’

Sunday night on Game of Thrones, Sam made a huge discovery on where Jon Snow could find weaponry to fight his newest obsession: the Night's King. And it's not where you might think.

Well, actually, it's exactly where you might think. But only if you've read Westeros: A History like Hermione told you to.

So, for those who have not delved into the history of Dragonstone, we went over it. There's a lot of backstory, but the important part is this: The castle itself is made of fused stone known as Dragonstone and the foundations of the castle, resting upon the mountain, are all made of dragonglass.

This is huge. As Sansa noted during the premiere, Jon Snow is downright obsessed with the Night's King. (Well, you would be, too, if it happened to you.) More importantly, he's obsessed with defeating him, since not defeating him basically means humanity gets wiped out. (No one wants that. OK, maybe Cersei.)

As we know, there used to be a sack of dragonglass weapons that Sam found back in Season 2. But, it got left behind at Hardhome in the massacre. The good news is Jon discovered Valyrian steel works pretty good against the Night's King. The bad news is it's even more rare than dragonglass weapons.

Arming an entire phalanx or cavalry against the army of the dead with dragonglass would require an entire mine full of it. And Jon doesn't know where to find that.

But Sam does now. And he's writing to Jon ASAP.

Looks like Dany's going to be getting a visit from her northern neighbors. She might not even have to write a raven inviting him to bend the knee first. I hope the lords of the north are OK with Sansa running things for a little while.