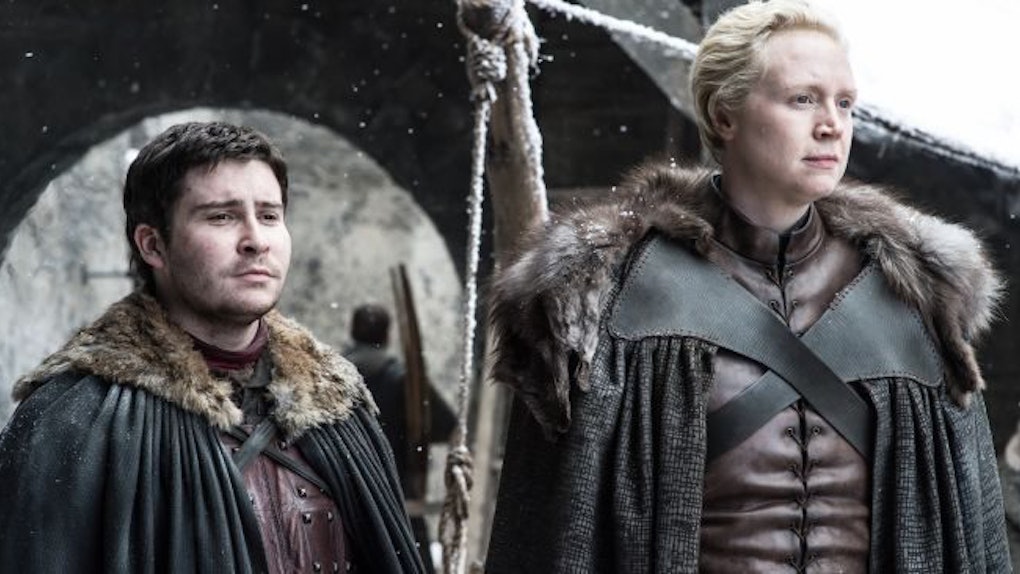 'Game Of Thrones' Season 7, Episode 4 Spoilers Revealed In New Footage And It Proves Arya's A Badass

This week's upcoming episode of Game of Thrones doesn't have an official title or a synopsis (yet), but the images for the upcoming episode dropped loud circular hints that someone would be making an entrance in Winterfell -- most likely Arya, who is seen in the trailer on her horse riding over the last crest before her home comes into view. But now we've got something more: Game of Thrones Season 7, Episode 4 spoilers have started to leak online ahead of Sunday.

According to UK viewers, this footage that appeared online this afternoon as photographed images of an online video is not part of the same data breach that rocked HBO on Monday morning. It's claimed to be a promo from Sky Atlantic that turned up at the end of viewing another online video. This seems strange, since obviously the images HBO released were trying not to show Arya's arrival at Winterfell, and this is all about her.

But Sky Atlantic is the affiliate in the UK who is authorized to air Game of Thrones, so perhaps they and their counterparts in the US are simply not on the same page about how to tease this episode properly?

For those who want to see the leaked images, they're embedded below. From the rest of you, I suggest turning back now.

Are you sure you're sure?

Update: A video that shows some of the footage has turned up on YouTube. Watch below. It really is a teaser promo, it lasts all of 10 seconds.

Note that the first set of images come at the end of an hour long program, while the video shows it at the end of a Simpsons episode. So this is definitely something Sky Atlantic is putting at the end of more than one streaming video to promote this week's coming episode.

Seeing these images in moving form, Arya's face is really quite blank when she fights. Also, note the last image/end of the clip. Someone's watching and slightly disturbed to see Arya fight Brienne so well.

Will Brienne also be disturbed? Or will she and Arya form the beginning of a beautiful friendship? For that answer, we'll have to wait for Sunday night.