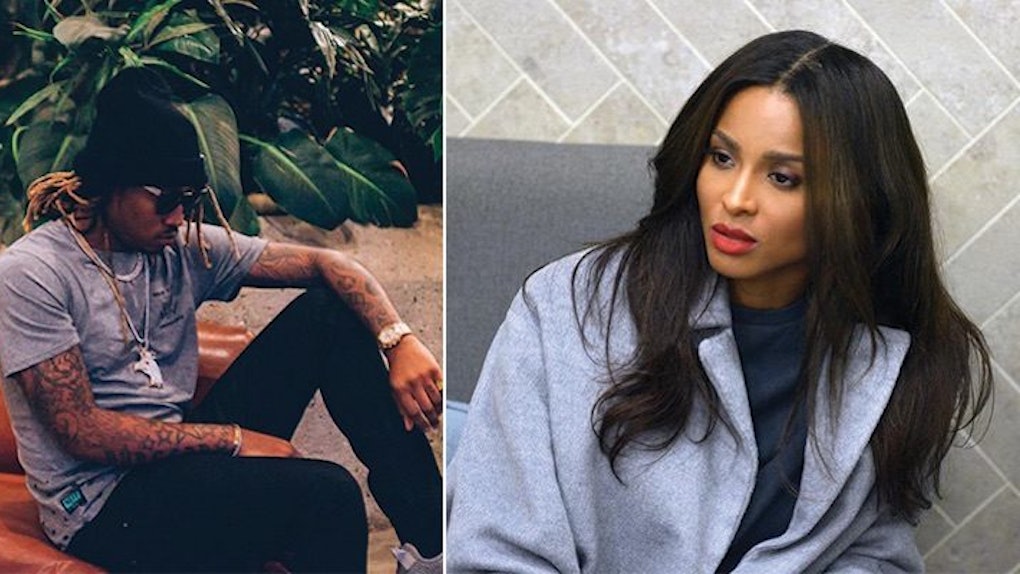 Future has some serious baby mama drama going on.

The rapper, who had a child with singer Ciara last year, took to Twitter Monday to put his baby mama on blast for restricting access to his son, Future Zahir Wilburn.

He claims he pays $15,000 in child support per month but still has to go through lawyers to see the child.

After staying silent for a year and a half, Future says he's “r[un] outta patience.”

This isn't the first time Future has spoken publicly about what he believes are Ciara's failings as a mother.

You don't bring a man around your son.

Ciara has yet to respond to Future's slam, but it's possible she simply hasn't caught wind of it yet.

Check out the rant below.

He started off heavy, calling Ciara a “bitch.”

He complained about the $15,000 in child support he pays every month.

But then, it got kind of sweet, and now we don't know whose side we're on.